A Powerful Encounter while Clerking 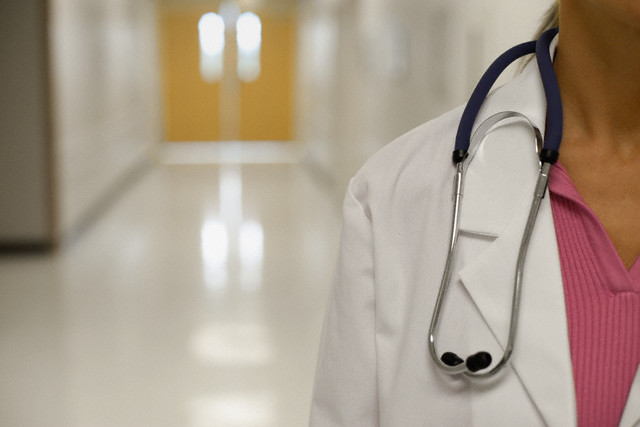 On the 26th of Sept, 2015, something happened that I would like to tag ‘a powerful encounter’.  I had previously heard in the course of the week that one of my lecturers (a general surgeon) wanted to meet my class for a tutorial and ‘marathon’ ward round on Saturday.
As a medical student, weekends are the greatest gifts you could ever receive from God so I complained and nagged about how inconsiderate and annoying the lecturer was.  In my words, ‘we did not even ask for the tutorial’.
Friday night came and we were to have my hostel floor devotion. After taking about three worship songs, there was a long silence and everyone was waiting for the other person to wait for the other person to lead what I always describe as a “short prayer”. I had a push in my spirit to lead the prayer and in the course of it, the Holy Spirit laid this prayer in my heart- ‘Father, even though our tomorrow (Saturday) will not go as we’ve all planned, let us experience you in the tutorial and the ward round’, and that ended Friday night.
Luckily or unluckily for me, I was in the general surgery unit and in the unit, we were asked to clerk the patients in the ER and wards. This time, we were asked not to pick partners but do it individually.
I woke up Saturday morning and called my sister to wish her happy birthday, and then headed for the ER and subsequently the wards.
There was this particular young man I had seen in the ward some days back. He had a post- surgery dressing on the anterior part of his neck and my mind kept on going to him. After so much deliberations in my mind, I decided, ‘Jummy, just clerk this man, he’s young so it will be easy for you’. I will explain what clerking means in subsequent paragraphs.
Anyway, I approached this guy and I noticed he was reading a novel so in a bid to create a good doctor-patient relationship, I asked him about it then he told me it was about World War II. I chatted with him for a while then began to ask my questions about his health and why he came to the hospital (this is basically the meaning of clerking). He gave me a detailed explanation and in fact, he talked like a doctor as he used medical terms to explain the pathophysiology of what was wrong with him. In short, I was more than impressed.
I could not do physical examinations on him as I was already late for the tutorial.  I told my ‘brilliant’ patient that I would see him later so I dashed off to class.
Tutorial was boring, so boring that I developed headache halfway. But the thing is, there would always be one or two things to learn. After the tutorial, it was time for us to present our clerking. When it was my turn, I told the lecturer that I could not do physical examinations as there was no time. In his own words, he replied, ‘that’s a minus for you’ and in my mind, I was like ‘today’s Saturday, we were not meant be here anyways’.
I ended up presenting my clerking and introducing/talking about my brilliant patient. My lecturer listened attentively, so also did my classmates. The lecturer commended my boldness and charisma but said he could not get any diagnosis from my clerking. At first, my face changed but immediately, I told myself, ‘Jummy, All is well’ (in my Indian accent). I also noticed my patient wasn’t happy at what the lecturer said.
As many medical consultants would do, he commended and corrected me but out of all these corrections, I actually said all the things he said I didn’t say so I concluded that he was technically deaf (I didn’t say anything o). The day ended slowly with a painful bang on my forehead as my other unit members presented.
So, this is where I’m going. At the end of the day, I felt so much joy I’ve never felt before. I knew God was involved from the first moment I knew about the tutorial till the devotion (Friday night). I was so glad I could clerk a patient within a short time and that when exam comes and I’m asked to do the same, it won’t be a problem by God’s grace.

Thank you for reading, hope you learnt a thing or two, it will be good to read a comment from you.

AN EXPERIENCE THAT CHANGED MY PERSPECTIVE TO LIFE

2 Things to Remember When You’re Having a Bad Day

HOW DO YOU DEAL WITH WHAT YOU CAN’T CHANGE

On April 15, 2022, Loving Amanda Movie by Laju Iren premiered across the nation, to the delight of…
END_OF_DOCUMENT_TOKEN_TO_BE_REPLACED
0
216
4
Share
Life

A habit is any action performed repeatedly on a regular basis. Any activity when done repeatedly and…
END_OF_DOCUMENT_TOKEN_TO_BE_REPLACED
0
507
6
Share