By five in the morning on this day, the environment had already started bursting with life. You could hear the voices of the pupils, some praying and others singing. At six it was time for prayers with the teachers, it was another time of intense devotional prayer.

Prayers were specially made that morning for Sunday. Sunday was a Muslim ‘corper’ who had been posted to the school at Dukkawa, prayer points were raised for him to believe the gospel and be converted. After the prayer, we had our bath and got ready for the school assembly. That morning only the boys amongst the five of us were able to make it for the assembly, as the girls were busy with their lesson notes. 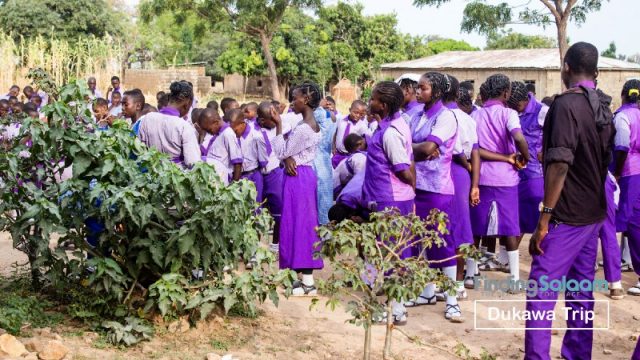 The assembly ground was typical, with neatly formed assembly lines and impeccably dressed pupils. The Christian Learning Center comprised of preschool, primary and junior secondary students. Majority of the students wore their bright purple uniforms, while others who could not afford the uniform wore their house wears. The preschool and primary school students wear blue house wears, while the junior secondary school students wore the red house wears. After the speeches and prayers during the assembly, we introduced ourselves to the students and afterwards they marched into their respective classes. 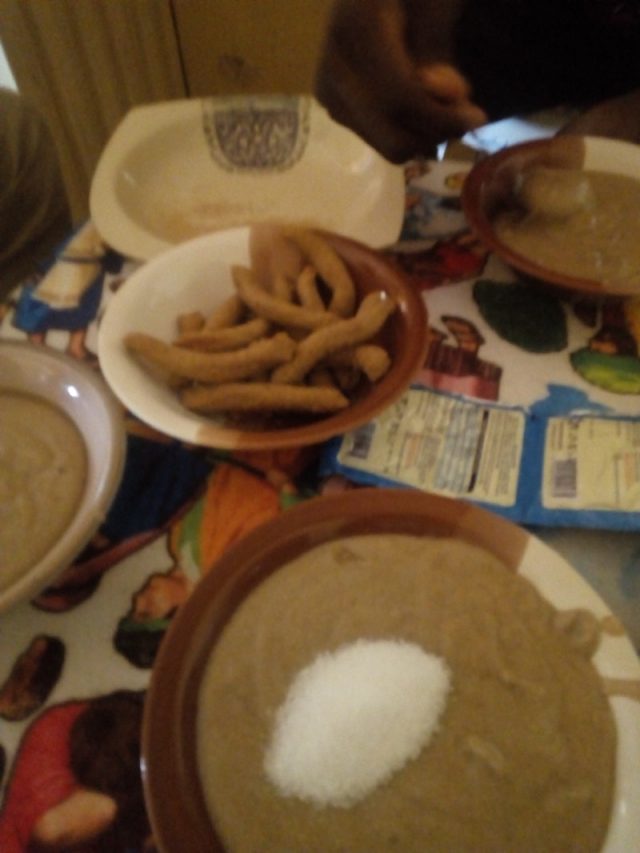 While Yemi and Chica taught their morning classes, we the boys had classes much later in the day. We decided to have breakfast before it was time for our classes. At breakfast we met Tom Brown, Tom Brown was not your typical well dressed, British man, rather he was a brown, delicious, viscous, nutritious meal made from Soya bean, maize and groundnut. Tom Brown had a resemblance to brown ‘ogi’ and was served with sugar and milk to sweeten it. We ate Tom Brown with kuli kuli and for me it was one of the best things I had ever tasted. After we had filled our bellies with Tom Brown, we headed off to write our lesson notes and teach our classes.

After a long day of teaching, which usually ends at one thirty in the afternoon, the pupils gathered round for a brief time of prayer. The prayers usually marked the end of a school day. We gathered for lunch and spoke about our various teaching experiences. After a brief period of rest and conversations with Lanre about how he became a missionary, it was time for games. Lanre’s story was really an interesting one, he had graduated from the University of Lagos in two thousand and twelve, with an outstanding result. He was then expected to further his education overseas, by taking a Masters degree course in aeronautics engineering. All had been set for the trip, but providentially he received and accepted the call to become a missionary. Lanre’s story is one that leaves everyone awestruck every time, but it is a proof that nothing is too important to let go off for the gospel.

During the games most of the school pupils played football, but some of them played volleyball. It was the volleyball game that both we and the other teachers were more interested in. Tola showed so much prowess on the volleyball court that his team went on to win the game. The bell was rung, signifying the end of the sport activities and the beginning of another activity. 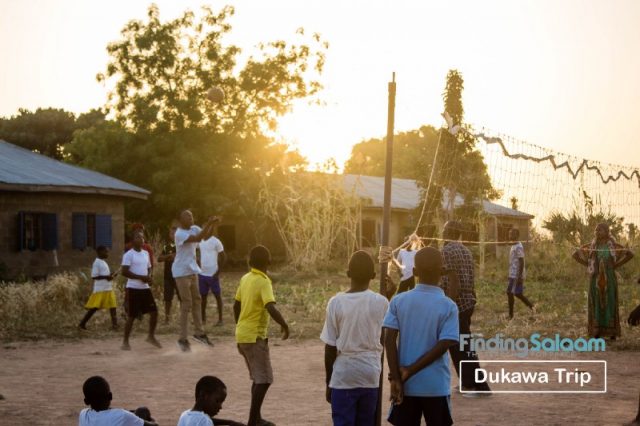 It was then that the other teachers told us that it was time for academic variety. Academic variety held every Thursday and it involved games that helped to improve the cognitive abilities of the pupils. The other teachers were open to ideas from us and we were willing and excited to help out. So during a brief meeting we suggested three games: Chinese whispers, charades and spelling bee. The night’s academic variety was also to be anchored by us, as we had to explain the games we had suggested to the teachers. After the pupils had finished their dinner, they all converged at an area in front of the boys hostel, that was dimly lit by a suspended light bulb. After the pupils had sang many songs, which were mostly in Hausa, they were asked to seat down on their mats for the program to begin. While Jesujoba addressed the pupils briefly, Lanre tried to ensure that the pupils maintained silence. After Jesujoba’s speech we came out one after the other to introduce a new game and selected participants from the students. It was all fun and laughter for the students, as they found the new games fascinating. After about one hour thirty minutes of fun, the program was concluded with a brief time of prayer, then the pupils were dispatched to their hostels for the night.

After the students had been dispatched to their hostels, it was time for the teachers’ prayer. That night we prayed for healing for the sick, as Cindy, Lanre and even Chica were beginning to feel sick. The prayers lasted for thirty minutes and it was time for dinner. At dinner we met Omono, Omono was not the name of another Northern Nigerian meal, rather she was one of the most interesting people we had met so far on the trip.

As we arrived for dinner, we saw Omono gracefully sitted in her long colorful gown sipping her ‘Zobo’. Omono immediately discerned that we were a team, as we had similar character traits. After we introduced ourselves as a Muslim outreach group from Lagos, Omono had many words of advice for us and she was more than eligible to give the advice. Omono had such a wealth of experience, as she had been a missionary for thirty years. She was on her way to her mission field, were she assisted to translate the Bible to local languages and decided to pass the night at the Christian Learning Center. The most fascinating thing about Omono was that she had such a youthful vibrancy, that reflected in the way she told her stories, we were all surprised when she told us how long she had been a missionary. After Cindy had taken her drugs and regained her strength, she engaged Tola, Jesujoba, Chica and Yemi on topics that bothered more on how most churches in the south had lapsed in their concern for missions and the teaching of proper Bible doctrine. Then the night was far spent and we had to rest for the next day’s work.

So The Journey Continues…

if you missed it.

We have another intriguing story you would enjoy, click here to read SHADOWS #1

Day 4 November 17, 2017 Prayer Culture Shock. That morning was similar to the one the day before…
END_OF_DOCUMENT_TOKEN_TO_BE_REPLACED
449
0
Share
STORIES

Day 2 November 15, 2017 They Pray Too. Very early that cold, dry morning I was woken up by the loud…
END_OF_DOCUMENT_TOKEN_TO_BE_REPLACED
569
0
Share
FaithSTORIES