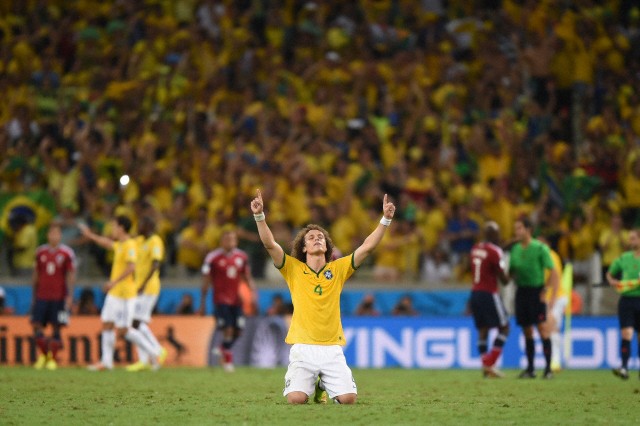 As a Christian willing to become a better person in the faith, I always try to look out for fellow Christians to inspire and motivate me in every facet of life whether it is in politics, entertainment or sports. I try to know what makes them stand strong in their faith even in the face of adversity because we know it’s sometimes not easy to maintain the faith or stand strong when it comes to areas like politics. Why? They say politics “is a dirty game” so therefore you have to be “dirty” or “ready to get dirty” to play the game.
That aside, I am a lover and avid follower of sports but most especially, football (soccer) and one thing I look out for apart from the excitement in football and sports in general are sportsmen who stand out as Christians in their sport.
I often wonder how many sportsmen will make it to heaven because of the careless lifestyles most of them live as a result of their paychecks. 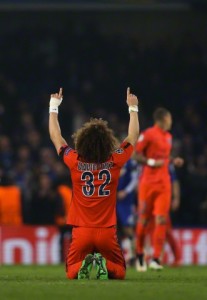 But this is not the reason I am writing this article. I am writing this article to bring out sportsmen/women who are strong in the faith and to encourage and inspire us that where ever we are and no matter the pressure we face from our profession, we should stand strong. And here we have our first and my most favorite sportsman, DAVID LUIZ.
Full name: David Luiz Moreira Marinho
Date of birth: 22nd April, 1987
Country of origin: Brazil
Sport: footballer
Position: Defender/Defensive midfielder
The reason I picked David Luiz first is because he played for my favorite club, Chelsea FC of England *winks*.
David Luiz hails from Brazil and currently plays for French Club Side- Paris Saint Germain (PSG) after being sold by his former club, Chelsea, where he was pivotal in helping them win the UEFA champions league in the 2011-2012 season. His most obvious feature is his scruffy looking afro, making him look like anything but a football player or even a Christian. But hey, we do not judge a book by its cover. 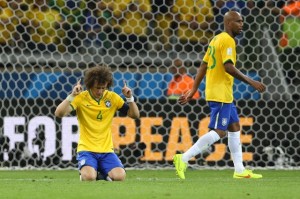 The reason I like David is that he is never shy to show and display his belief in God. One proof of this is that as a defender he is likely not to score too many goals but whenever he does he goes to the corner of the field, kneels down, lifts his hands and head up to show appreciation to God for the goal scored. He also did something similar to this when Chelsea FC won the champions league. While every other Chelsea player went crazy after the winning penalty was scored, he ran to the side of the field, knelt down and started thanking God. 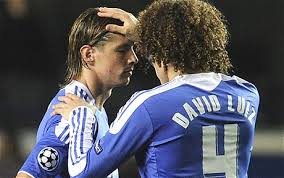 Another proof was when one of his teammates in Chelsea then, Fernando Torres was having hard time scoring. Live and before the match began, David Luiz laid his hands on Torres and prayed for him and Torres scored twice in that match. Though funny to most people who saw it, I saw it as an extension of faith and boldness- something most Christians are afraid of doing.
Though all has not been rosy for him after being criticized many times for his sometimes erratic gameplay, he continues to encourage himself and remain outspoken about his faith in God.
He has said that the great kaka (also a devout Christian) is his role model. He made a statement –

“My faith gives me the belief that I can go out and perform and improve as a player, it gives me strength and inspiration”

These statements just go out to show you his total dependency on God.
Upon leaving Chelsea David Luiz was sold to PSG for £50million plus making him the world’s most expensive defender.

In May 2015, he was baptized announced on his Instagam account saying “Therefore if anyone is in Christ, new creature: old things are passed away; behold, all things are become new. (2 Corinthians 5:17 KJV). How wonderful to live with you Lord, thank You for loving me so much and take care of me! My life is yours, and I am your servant! What’re always in the center of all my decisions! I love my God! amen.”
He is also a fan of one of my favorite music group, HILLSONG.

I’ll be bringing the life of another Christian sports man your way soon. Thanks for reading ???

I consider myself a deep follower and lover of various sports but not American football. First of…
END_OF_DOCUMENT_TOKEN_TO_BE_REPLACED
0
141
0
Share
Sport

“My Faith is the most important thing. I believe that the moment I had a very personal…
END_OF_DOCUMENT_TOKEN_TO_BE_REPLACED
0
651
0
Share