Christians in Sports – THE RIO 2016 OLYMPICS 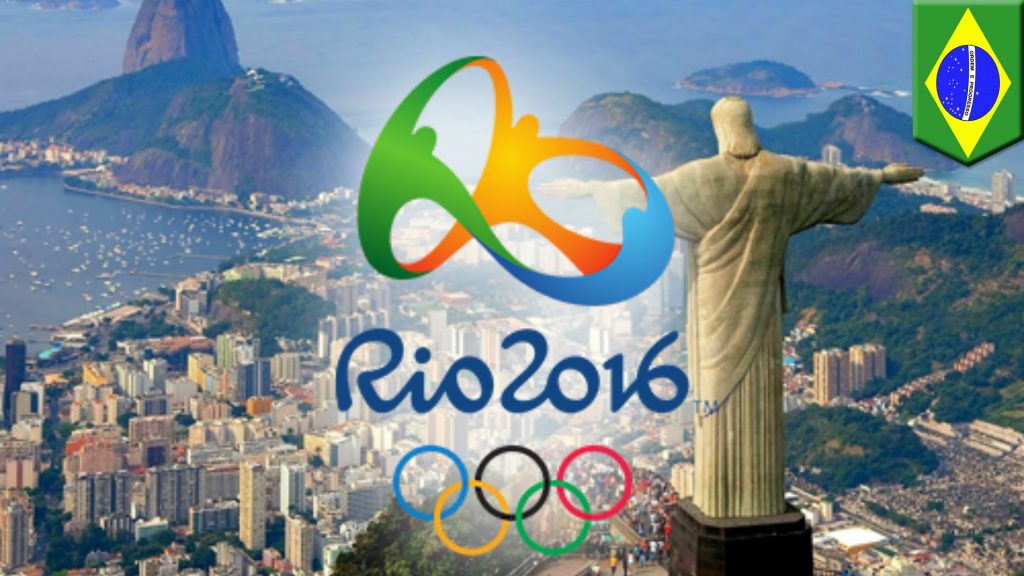 The RIO 2016 Olympic games which took place between  4th – 21st of August has come and gone. However, most sport enthusiasts are still reminiscing on the glitz and glamour it provided. Some athletes definitely beamed like a million stars while some new kids on the block  did not also  fail to prove their worth.

Usain Bolt’s remained consistent as the running legend that he is already and Michael Phelps, metaphorically known as the “fish ” won  five gold medals and a single silver medal during the RIO 2016 Olympic games.

N.B.: In total, Phelps has won a total of 28 medals,  more medals than so many countries – making him the Olympic games’ greatest Olympian.

As new and young athletes, brimming full with energy- like 19 year old Simon Biles of the USA who took part in the gymnastics event of the Olympics and almost swept through all the medals in the event- were discovered, we also identified some athletes who openly showed their faith and trust in God- whether they won or not. We are going to examine such athletes in today’s article (that’s the whole essence of “Christians in Sports”, isn’t it?) 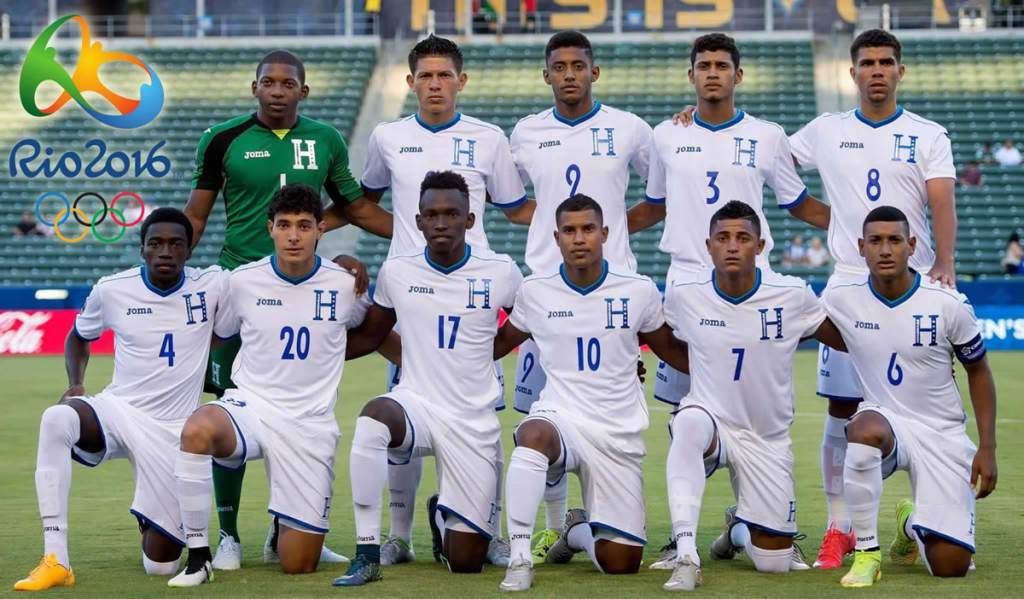 HONDURAS’ FOOTBALL TEAM: The team’s faith in God was obvious throughout the Olympics  football tournament , where they prayed and gave thanks to God- either when they scored or at the end of a match. Despite losing to Brazil in the semi-finals and subsequently  to Nigeria in the bronze medal match, the Honduras’ team still gathered around the center circle on the field to give thanks and praise God. 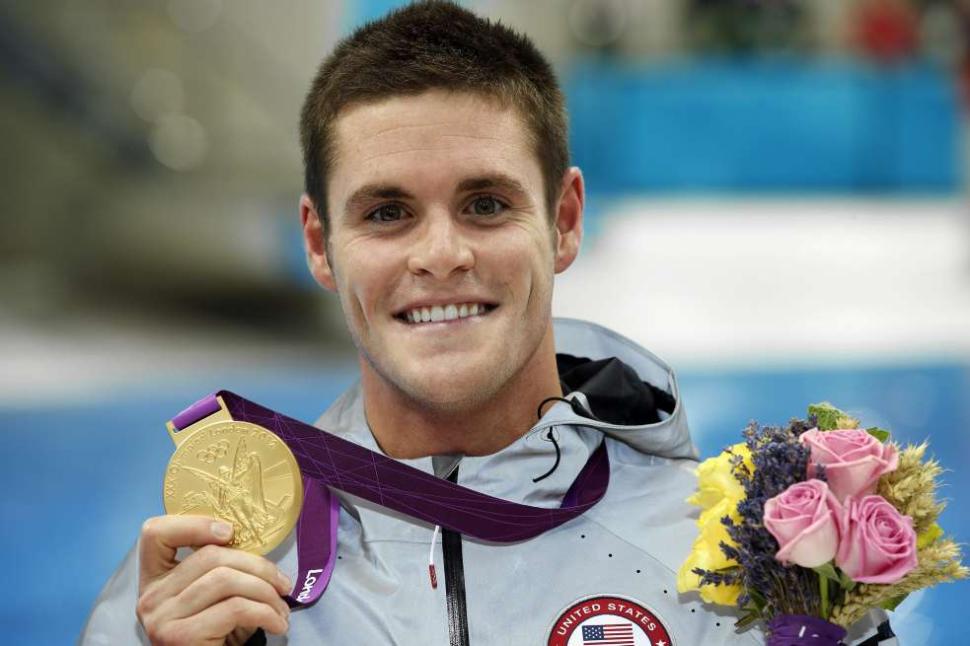 DAVID BOUDIA: David Boudia competed in the Diving event of the Olympics and won two medals- a silver and a bronze medal respectively. In Boudia’s words,  “there’s been an enormous amount of pressure. I’ve felt…it’s just an identity crisis. When my mind is on this (diving), and I’m thinking I’m defined by this then my mind goes crazy. But we (he and his diving partner, Steele Johnson) both know that our identity is in Christ and we’re thankful for this opportunity to be able to dive in front of Brazil and in front of the United States. It’s been an absolutely thrilling moment for us”. Boudia gave his life to Christ in 2010 through the influence of his college diving coach, Adam Soldati. 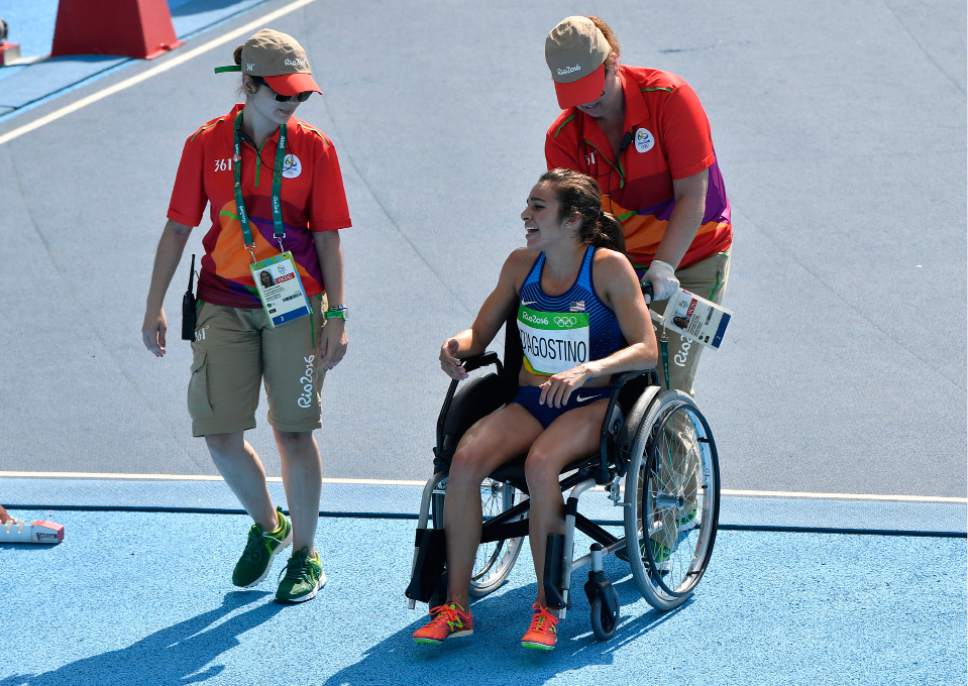 Abbey D’agostino: D’agostino competed in the 5000 meter qualifying heat of the track and field event, but something unexpected happened in the race. She was tripped over by another athlete (Nikki Hamblin). However,instead of just continuing the race, she first helped Hamblin up, encouraging her not to quit as they trudged along. Although D’agostino qualified for the finals, she was not able to compete due to the injuries she sustained. After the collision in the race, she responded to an interview where she clearly stated that  “Although my actions were instinctual at that moment, the only way I can and have rationalized it, is that God prepared my heart to respond that way… this whole time here He’s(God) made clear to me that my experience in RIO was going to be about more than my race performance and as soon as Nikki got up I knew that was it”. After the event she was praised for her sportsmanship and was rewarded with the RIO 2016 Fair Play awards by the International Fair Play committee. 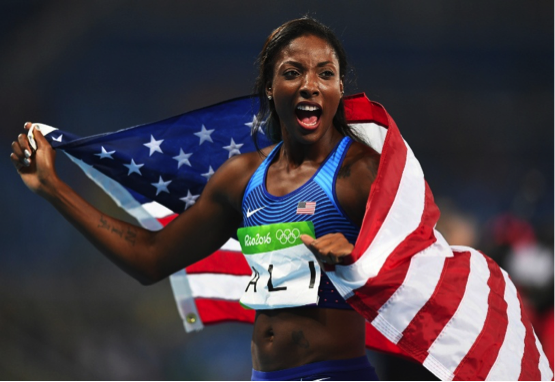 SIMONE MANUEL: Simone Manuel won four medals at the 2016 RIO Olympics- two gold medals and two silver medals which also established her as the first African-American woman to win gold in an individual swimming event. She was interviewed by NBC and while fighting back tears, she said, “All I can say is all glory to God. It’s definitely been a long journey these last four years and I’m just so blessed to have a gold medal”. As a matter of fact, Manuel is not afraid to use her social media to share her Christian convictions. 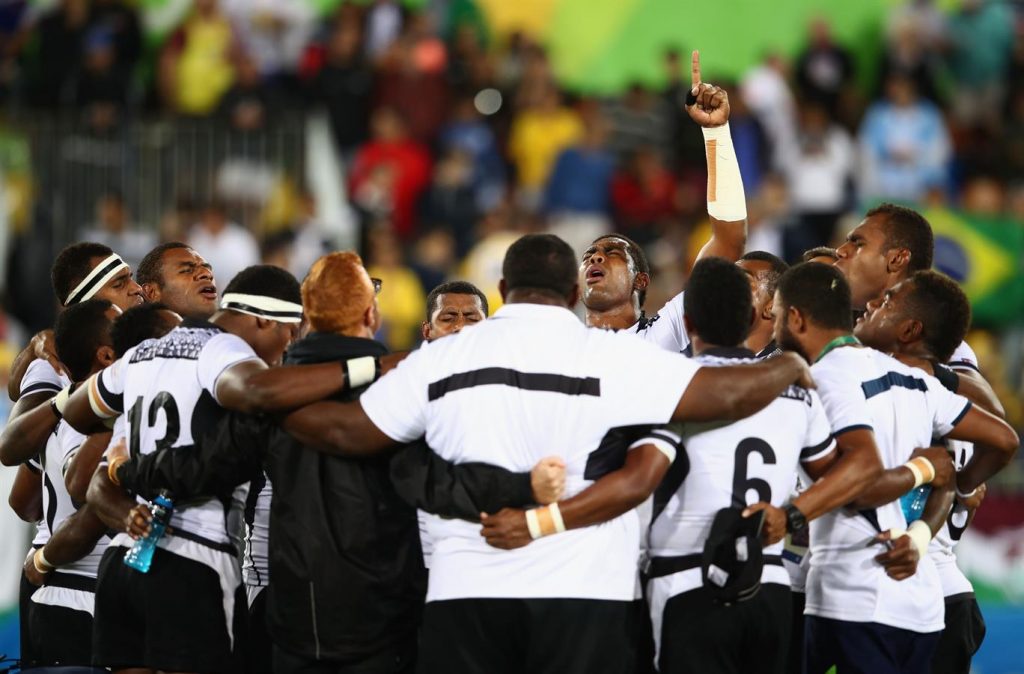 TEAM FIJI RUGBY TEAM : The Fiji rugby team shocked the sporting world by winning the rugby sevens event of the RIO 2016 Olympics. However, more shocking was when the players gathered and made a circle, all kneeling down, crying and raising their hands up with songs to God. It was their first medal ever, and what better place would there be to win their first medal if not the Olympics? According to the captain of the team, Osea Kolinisau , “First of all, I thank the Lord, He has been our source of strength. We reminded each other of  how God had taken us through the last two years and that the same God that we serve is with us in RIO.” 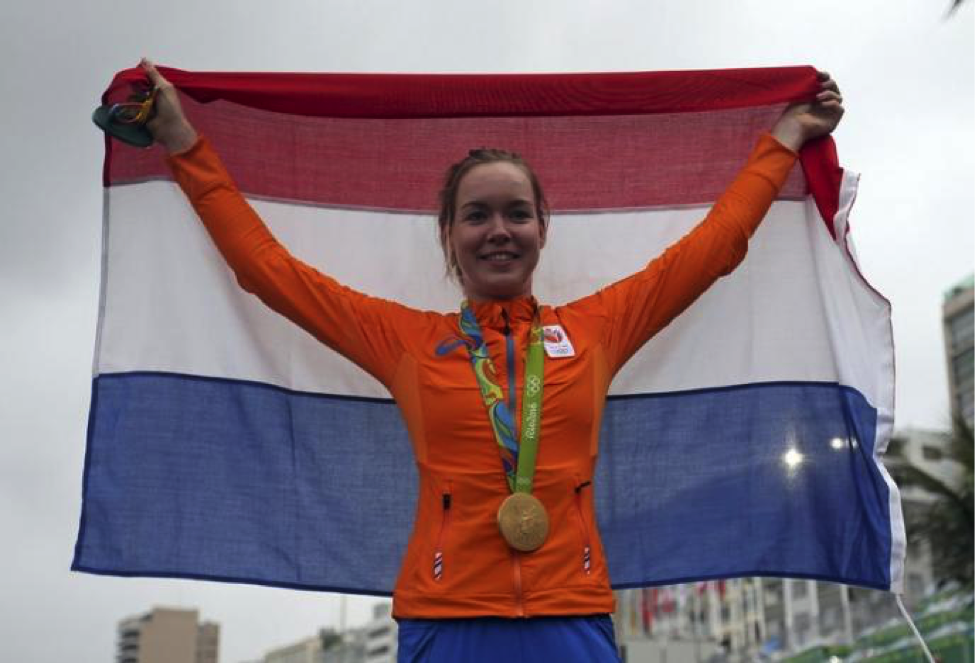 ANNA VAN DER BREGGEN: Anna Van Der Breggen is a dutch cyclist who won a gold and a bronze medal at the RIO Olympics. She is an athlete who believes in the importance of taking her relationship with God past a church service.She said in an interview- “Personally, I also think that believing is not something you do only in the church. Of course, you’ll get important input, you hear things that you did not know, the Bible is explained and you are just a short break in the hectic week,” she said. “But believe it is much more. For me it’s in little things: pray, your dealings with others, enjoy what God is trying to make clear to us, that you think about each other, that you love one another, that you are doing the right things.” 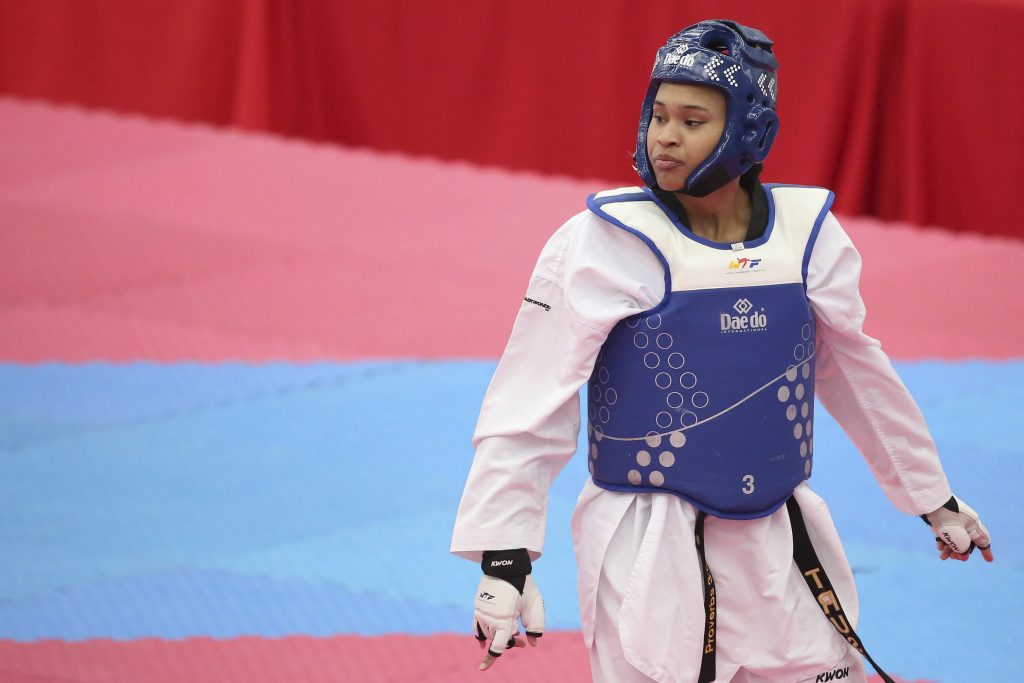 PAIGE  MCPHERSON: Paige  participated in the taekwondo event. Even upon not winning any medal in the Olympics, she gave thanks to God trusting him with her career. “I am thankful for being able to make it to Rio and compete at my second Olympic Games. God tells us to trust Him,” she wrote in a Facebook message. “I have learned that trusting Him doesn’t mean everything will work out in your favor. It means that when we do not understand His plan for us, we must keep our head up and be grateful.” She also said “”I am truly disappointed that I was not able to give everyone a long day of competition. However, there is always a winner and a loser”. “Looking back I wouldn’t have changed anything. I did all that I could [to] prepare for this Games and so for that I have nothing to regret. God is good!”. The fighter, who wears Proverbs 3:5-6 on her belt, also spoke about the verse  which always reminded her that God is always in control.

Apart from the athletes so far mentioned above, we had other athletes who acknowledged God during the games:

I hope we have been blessed, inspired and encouraged once again to know that we are not alone in this race and that there are so many others in different spheres of life who totally believe in God and are not ashamed to show it.

Stay blessed + feel free to let me know what you think in the comment box below.

I consider myself a deep follower and lover of various sports but not American football. First of…
END_OF_DOCUMENT_TOKEN_TO_BE_REPLACED
0
140
0
Share
Sport

“My Faith is the most important thing. I believe that the moment I had a very personal…
END_OF_DOCUMENT_TOKEN_TO_BE_REPLACED
0
651
0
Share