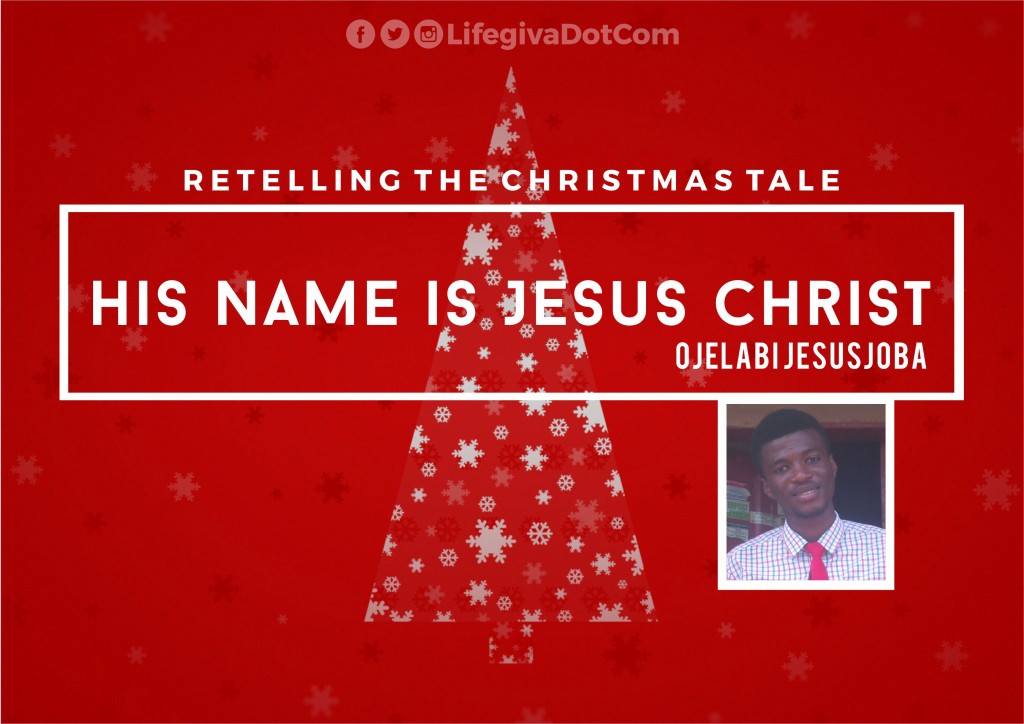 He just stood there, wondering what his life would have been if he had not listened to that voice months ago. If only he had just followed through with his plans, perhaps, just maybe, his life would have been less complicated. A year ago, if someone had predicted that his life would turn out like this, he would have probably argued and laughed about it. All he wanted then was just to settle down and raise a simple family like most of his mates. After all, he was, as at then, one of the most eligible bachelors in town; He was a direct descendant of the line of David, His carpentry business though small had beautiful prospects, his spiritual life was growing in grace. In fact, all other things being equal, he was guaranteed to have had one of the most serene marriages among his peers but fate had bigger and more adventurous plans for him.

In Joseph’s time, prophesies and myths were the order of the day, but for the first time in his life he experienced firsthand the fulfillment of a prophecy; an experience that would forever make him part of this big story. It all started about nine to ten months back, when he discovered that his fiancée was with child before their marriage; this was a woman who was supposed to be a virgin!

“Perhaps she was not has pious has she pretended to be” “Was she going to marry him carrying another man’s child?” “Did she even know she was pregnant?”

Different thoughts went about in his mind as he carefully drafted a plan to cancel their already planned wedding without causing any public disgrace to his “virgin” wife to be. It was in the course of his planning that he dozed off and had the strangest dream. In the dream, he heard a divine voice tell him not to follow through with his plans; that his fiancée, Mary’s pregnancy was not as a result of infidelity but was conceived of the Holy Spirit. The voice went ahead to assert some earlier speculations that the child in Mary’s womb was the saviour that a number of prophecies had spoken of and even gave him the name of this prophecy child.

Joseph obeyed the voice and went ahead to marry Mary and things went fine till around the time of her delivery. In Mary’s last month of pregnancy, Joseph and his wife had to travel to his home town Bethlehem for a nationwide census. This was in obedience to a decree issued by the emperor. Mary, being heavily pregnant had made the journey a bit slower than usual and so this had consequently led to them arriving a bit late in Bethlehem. The aftermath of the tardiness of Joseph and his wife was that they could not get any space to stay in the houses and hotels in town as the entire city was filled up. Bethlehem was a small town, perhaps the smallest in the country, and she had many sons, and so now that most of her sons had come home, it was quite difficult to house them all. But while others who arrived with Joseph and his wife had to worry about just a room to lay their heads, Joseph had something new to worry about: His wife was in labour.

He still did not understand why the prophecy child had chosen that day of all days to gain his independence from the womb, they themselves hadn’t even found a place to lay their heads and now they had to worry about one more head. After trying endlessly to get a room all to no avail, he finally had no choice than to make do with anything he could find. Fortunately and Unfortunately for him, he found some space in a manger. That night was definitely a night Joseph wasn’t going to forget in a hurry; the pained groans of his wife that eventually led to the liberated cries of a baby; the Prophecy Child. The birth of the Prophecy child like his conception was also quite unusual; it was as though even the stars were aware that he was to be born that night as they shined brighter than usual upon his birth, even the leaves and the animals with whom they shared their shelter seemed to radiate a divine kind of ecstasy. But the most convincing sign that the son Mary had birthed was not like the other children was his first visitors. Nobody would have expected that following the Circumstances of Mary’s son’s birth, he would receive any guest at the time but there were those who had anticipated the arrival of the boy earnestly and upon his birth located him and started to worship him. On just the night of his birth, the baby received two different sets of visitors; some wise men from the east who brought him his first gifts and some shepherds. Joseph confirmed that very night that this child was definitely not like the others.

But just as good people awaited the birth of the child, so also were some antagonists waiting for his arrival and as soon as they heard of his birth, they began to devise different ways to bring about his end. One of the people after the prophecy child was King Herod. King Herod had also heard of the prophecy that a King would be born in the line of David and in a jealous bid to guard his throne, he went after the boy. As Joseph tried to sleep that night, he heard the divine voice again telling him to flee with his wife and child to Egypt till it was safe to come back. Joseph once again obeyed and left his country all in a bid to protect the prophecy child. He had seen enough now to know that the boy was meant for great things and would do all he could to ensure that he protected the boy till he came of age.

While still in deep thoughts, his wife walked up to him and whispered to his ears; ” What will we call him?” and all of a sudden it came back to him, the divine voice had mentioned it the first time, the name of the boy and now it seemed to make some sense but little did Joseph know that in a few years, that name would be the most powerful weapon against darkness and that at the mention of the name, every knee would bow and every tongue would confess the supreme majesty of the boy his wife had just birthed. Little did Joseph know that in centuries and Millennias to come, men would continue to exhalt that name, If only Joseph knew that name would continue to save lives till the end of time.

Day 4 November 17, 2017 Prayer Culture Shock. That morning was similar to the one the day before…
END_OF_DOCUMENT_TOKEN_TO_BE_REPLACED
287
0
Share
STORIES

Day 3 November 16, 2017 Morning Prayers and Assembly By five in the morning on this day, the…
END_OF_DOCUMENT_TOKEN_TO_BE_REPLACED
197
0
Share
STORIES