HOW NOT TO INTERPRET THE BIBLE Pt 1 – Emmanuel Iren 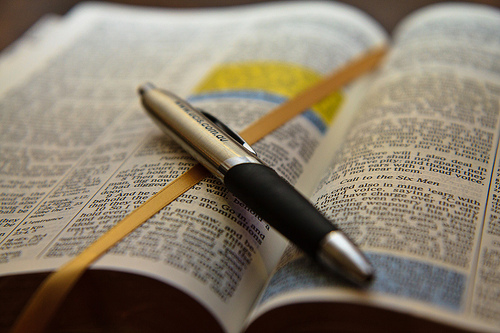 From personal observation, the most common type of biblical exegesis in most charismatic or Pentecostal churches is the ‘Allegorical method of interpretation‘. This refers to the idea that although the Scriptures say one thing, they actually ‘always’ signify something else…something ‘deeper’ than what is said.

It is the notion that ‘all’ Scriptures have a hidden, secret, mystical meaning underneath the plain and obvious meaning of a text.

Here is one common example: Often, we are told in many sermons and prophecies (quoting from Joel 2), that “God is raising a Joel army“. Have you heard that before? In fact, many Christian groups (dance, drama and the likes) have adopted the name as their group name.

But reading carefully will help you realize that God raising a Joel army is not a good prophecy at all! The army referred to in the book of Joel are the enemies of Israel. Israel sinned against God, and so God stirred up their enemies against them- the Assyrians, Babylonians, Persians, Egyptians!

In Joel 2, the Lord gives Israel a chance to repent. Follow closely and contextually now;

Joe 2:1 Blow ye the trumpet in Zion…let all the inhabitants of the land tremble: for the day of the LORD cometh, for it is nigh at hand;

In other words, warn the people of the impending judgment from God. Read on.

Joe 2:2 A day of darkness and of gloominess…a great people and a strong; there hath not been ever the like, neither shall be any more after it, even to the years of many generations.

A strong opposition is coming against Israel…stronger than they’ve ever seen. There is coming, a dark and gloomy day for them. Read on.

This ‘Joel army’ will cause a lot of havoc . They will turn fruitful lands to waste lands. In fact, they are the canker and Palmer worm referred to in chapter one. Now see verse 12

Joe 2:12 Therefore also now, saith the LORD, turn ye even to me with all your heart, and with fasting, and with weeping, and with mourning:

So you see, God actually asks the Israelites to prevent the coming of the ‘Joel army’ by repenting! The opposite is often implied today.

Why did we get it wrong? Our method of bible interpretation is the cause.

The bible, like many other literature uses a lot of figures of speech. We haven’t been taught to understand that. And so when we see canker worm and Palmer worm in Joel 1:3, it must refer to witches in the village! Nobody asked if that’s what the writer really was referring to. That’s the idea of allegorizing: “Just apply it as led”, as against what was intended.

Often, for the sake of pragmatism, we leave the original message and context, applying ‘every’ scripture to our career, business, relationship…in every service! There are simple and clear scriptures addressing this areas, but they are not ‘spectacular’ enough. Allegorizing pushes you to go for something deep and mysterious (which most likely will turn out wrong in the context of the verse or author’s intended idea).

Are there allegories in the bible? Yes there are. But the ground rule is that we must seek to understand the information the writer of the book intended to convey. If symbols were used, what do they mean? To whom do they refer? How does this affect me? To be continued next week…

2 Tim 2:15, “Study to shew thyself approved unto God, a workman that needeth not to be ashamed, RIGHTLY DIVIDING the word of truth.”

Have a blessed day! 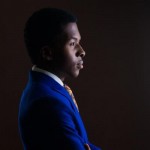 Pastor Iren Emmanuel is the lead pastor of Celebration Church International, a church which envisions a people whose lives are in Christ, for Christ with Joy. The church presently has 3 branches;  Silverbird Cinema, Ikeja. Temperance hall, Bells University, Ota and Benin City. Reach him on Facebook: Iren Emmanuel

Recently, popular Actor and movie producer- Yul Edochie, announced on social media that he has a son…
END_OF_DOCUMENT_TOKEN_TO_BE_REPLACED
2
246
9
Share
Faith

There are a good number of great women in the bible. We all know Esther, Rahab, Sarah, Deborah, and…
END_OF_DOCUMENT_TOKEN_TO_BE_REPLACED
2
504
9
Share
Faith