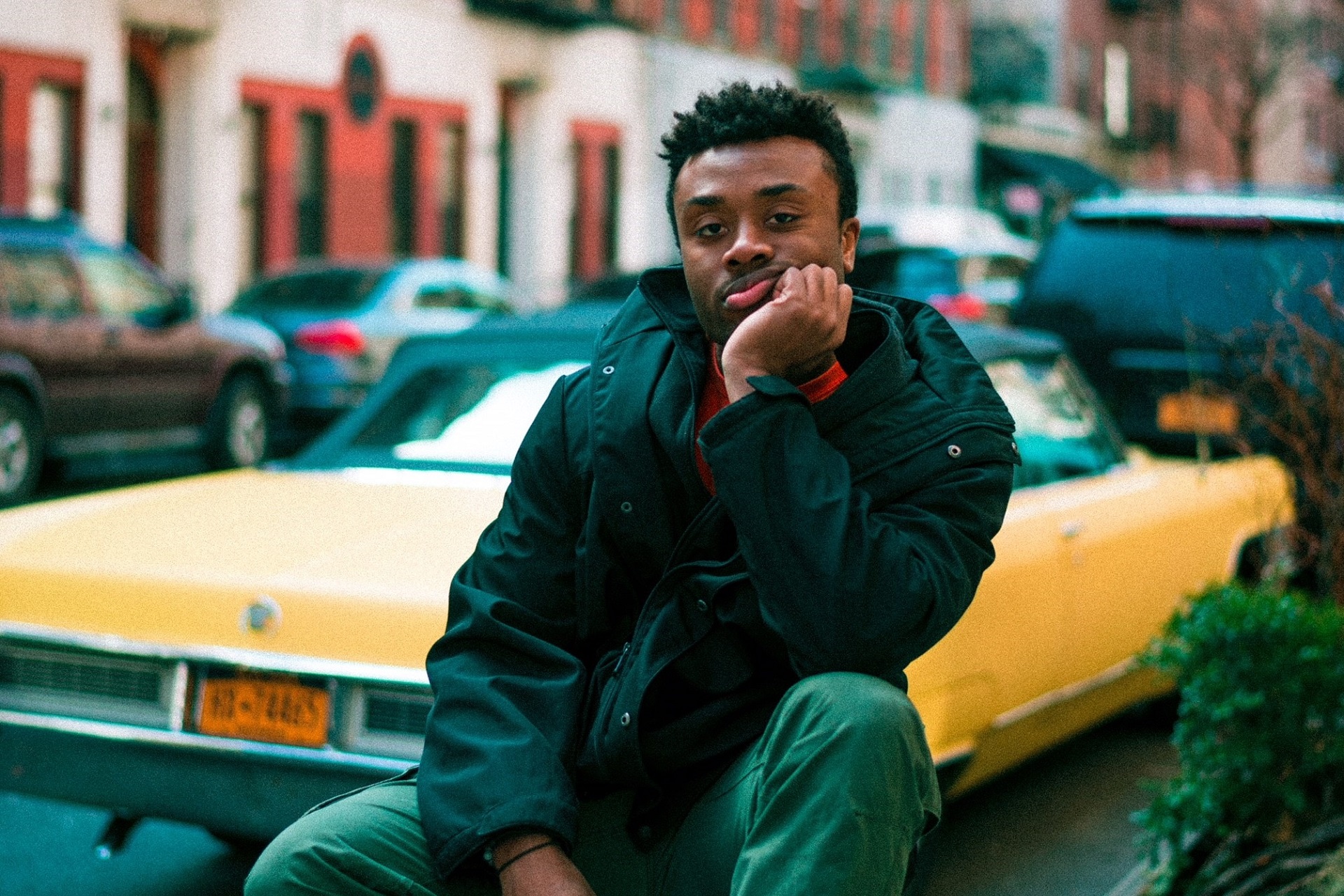 I am currently in a bit of a dilemma as regards  my singleness. I have been feeling lonely excessively and it’s a sort of loneliness that needs a companion to fill. I have never been in a relationship before so I don’t really know the feeling of being in one. I have close and trusted friends that I relate with but I desire that feeling of having just one person who would be there for me as I am there for her. I know I am ready for a relationship at this time.

The above is an excerpt from an email we received from one of our readers. Here are a couple of things I’ll say;

1. Your desire to be with someone is okay, but…

We are relational beings, we thrive on relationships and companionship. As we advance in age, as we outgrow the companionship that was primarily provided by our parents and siblings, we tend to want something special, something unique, a relationship that is beyond just trust and friendship, which so far we have found in friends and family, we want something exclusive and romantic. And that is perfectly normal.

As we get older we want something exclusive and romantic. And that is perfectly normal. Click To Tweet

But it is also very important to know where that need for companionship is coming from because if it’s initiated and fed by the wrong thing, you’ll seek the wrong thing or person to fill it. Or it might just be premature.

A few years back, about a year after a relationship I was in then ended, I moved in with a friend who was always on the phone with his girlfriend, and he wasn’t the cool caller, he was very loud and expressive.

So imagine constantly being in a place where someone unknowingly to him and innocently making the fact that I have no one to talk to on the phone till after midnight, to wake me up in the morning, to pray together on the phone…very obvious to me. In short, I craved a relationship again.

It is also very important to know where that need for companionship is coming from because if it’s initiated and fed by the wrong thing, you’ll seek the wrong thing or person to fill it. Click To Tweet

So, look around you and ask sincerely why you feel lonely so much at the moment.

If for instance you have achieved a level of stability, and you are ready to actively plan for a married life, then that’s very okay. But if it’s cos all your friends are getting married and proposing to their baes, then you might need to reorientate your desire.

There is also a societal pattern that expects a young man 25 and above to have a girlfriend and be actively walking towards settling down and sane for ladies from their 22nd birthday.

But we know as much as it is okay for young men and women to settle down early, this mustn’t be because of the pressure put on them by the society or even their families. This is one of the reasons why we have so many immature couples and dysfunctional marriages.

So examine the source of your loneliness and evaluate it realistically.

For many bachelors, what they need is a cook and not a wife, if they are very sincere with themselves.

Examine the source of your loneliness and evaluate it realistically. Example; for many bachelors, what they really need is a cook and not a wife, if they are very sincere with themselves. Click To Tweet

2. Why have I been single for this long?

Like you stated in your email, you said you are 26 and you’ve never been in a relationship before. I’ll like to ask, why is that?

Is it because you don’t see the value in serial dating and you believe you should date only for the purpose of journey with someone to marriage and till now you haven’t found someone who fits that image of forever for you? If that is the case, then that’s beautiful and commendable.

Although, it is also important to evaluate what exactly it is you are looking for. Does that someone exist? Make sure you aren’t looking to date the Holy Spirit or a character from a book or a movie.

Make sure you aren't looking to date the Holy Spirit or a character from a book or a movie. Click To Tweet

I am forever for the school of thought of never settle for less but it is also important to be very realistic about what it is you like in a partner.

Read Are Your Standards Too High?  and Choosing a Life Partner: Dealing with Lofty Expectations and Factual Differences

You have some work to do on yourself, your character, your personality…things you shouldn’t carry into a relationship and marriage? If that is the case, then beautiful and commendable. But please don’t take forever, because there is actully no end to growing and improving.

I hear many brothers say they aren’t ready for marriage because they don’t have some million of Naira stashed somewhere, but as much as it is irresponsible of a man to not be capable to taking care of his home, it is irresponsibility to wait till you have a certain figure in the account before you start taking steps towards that future.

Make friends with the tendency of knowing someone enough to pick a partner. You don’t want to start searching when you are financially stable.

Make friends with the tendency of knowing someone enough to pick a partner. You don't want to start searching when you are financially stable. Click To Tweet

There are so many other reasons why people wait for so long before entering a relationship, reasons like being afraid of a commitment.

Commitment means, choosing someone and closing your mind to any possibilities of meeting anyone in the future Click To Tweet

Where do you find a babe? A wisdom I learned as early as my Junior Secondary school days says “Have as many female friends as possible, because it’s from them you’ll pick the person you will marry”. I cannot deny that there is wisdom in that.

Have as many female/male friends as possible, because it's from them you'll pick the person you will marry Click To Tweet

Sadly, not many people are positioning themselves for this to happen. Both male and female.

Some either live a secluded life that they don’t meet anyone, or they don’t stay around people enough to meet them or be met by people. Not to talk of building friendships that could lead to a relationship.

Read these 2 articles, we addressed making new friends here; 6 Tips To Make New Friends and we highlighted actions that might still be keeping you single here; Reasons Why You Might Still Be Single

I will wrap this up here and continue answering the second part of the question (What to do if you have been waiting for her response for months) in another article, but in the mean time, kindly leave a contribution as a comment and share this article, kindly help a friend who might need what’s written here. 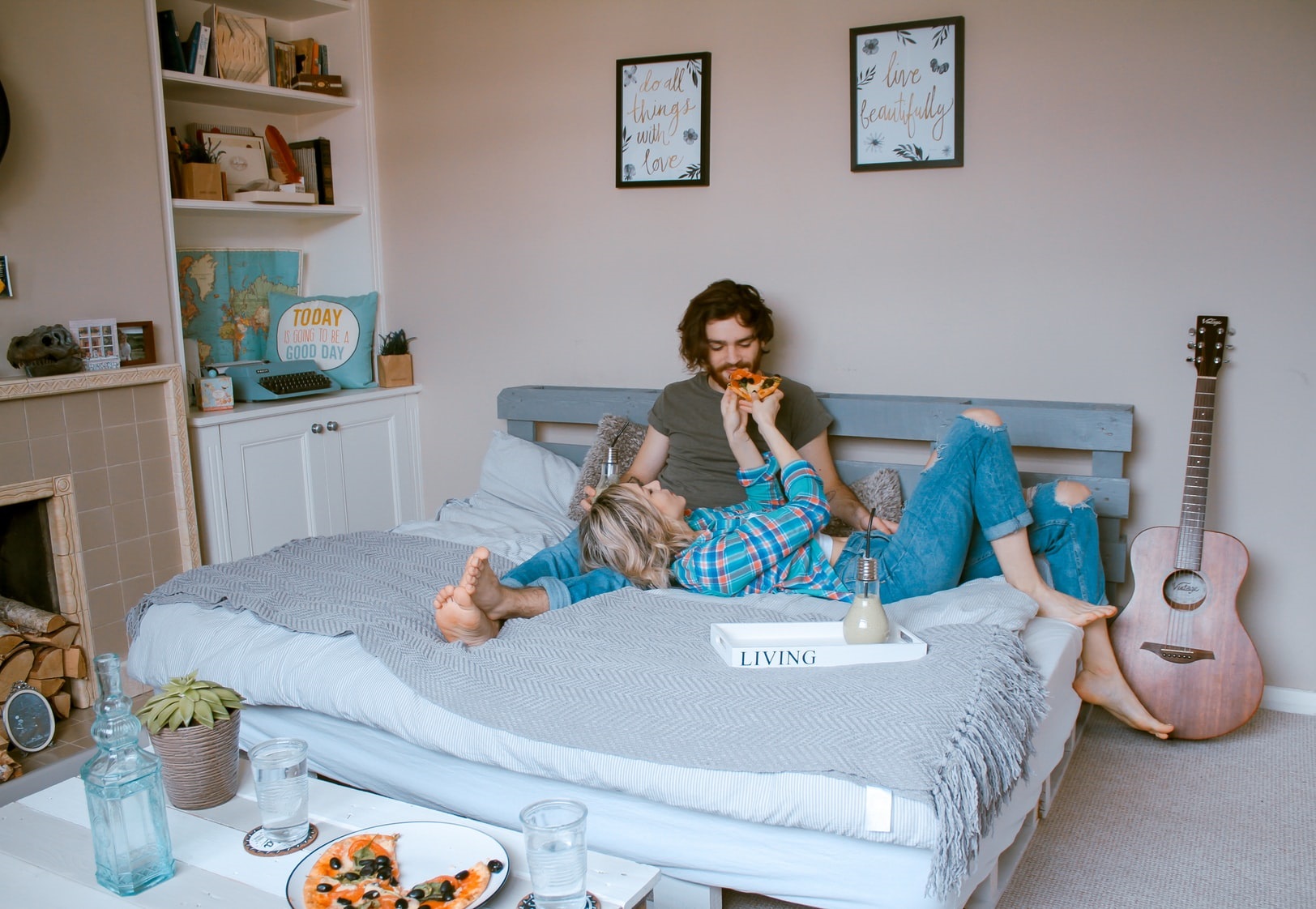 Should Christians Cohabit Before Marriage? 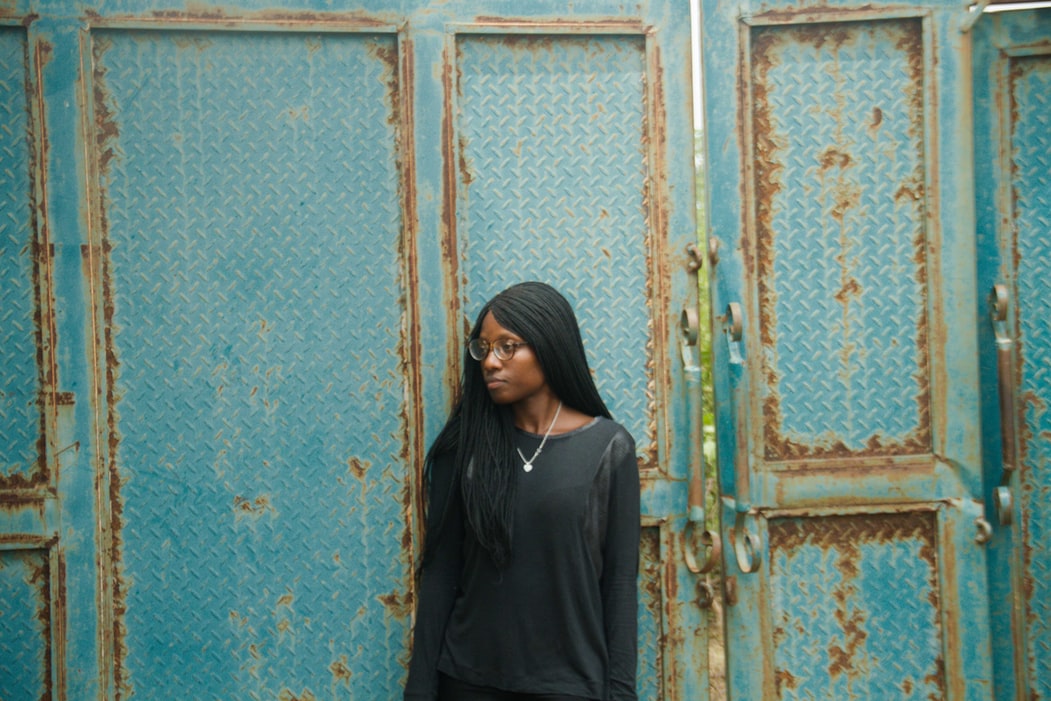 God When?! – The Crave for a Romantic Relationship 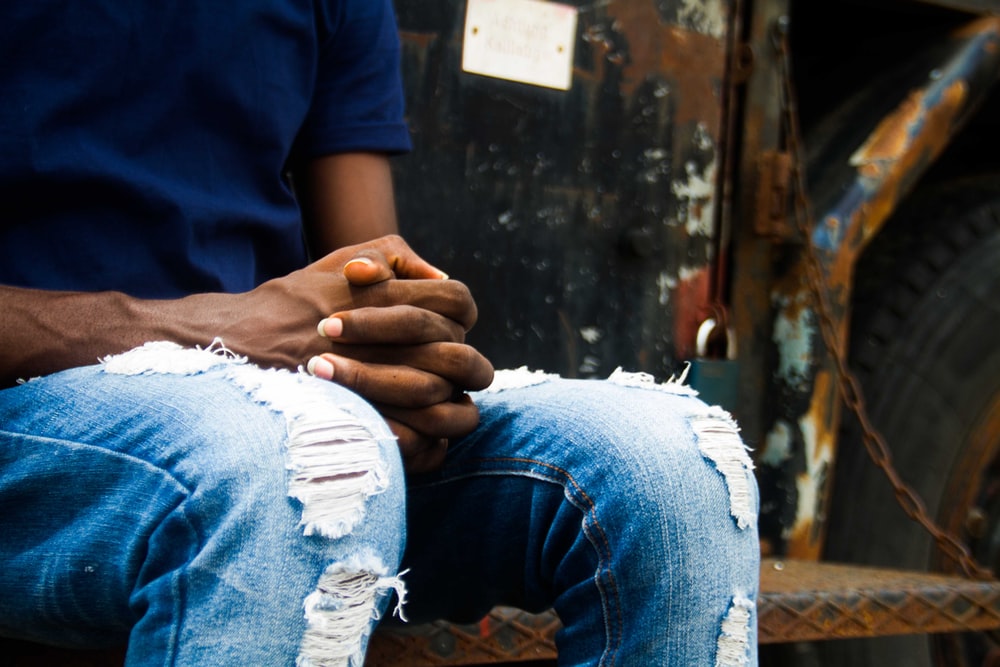 We Need To Talk About Our Struggles 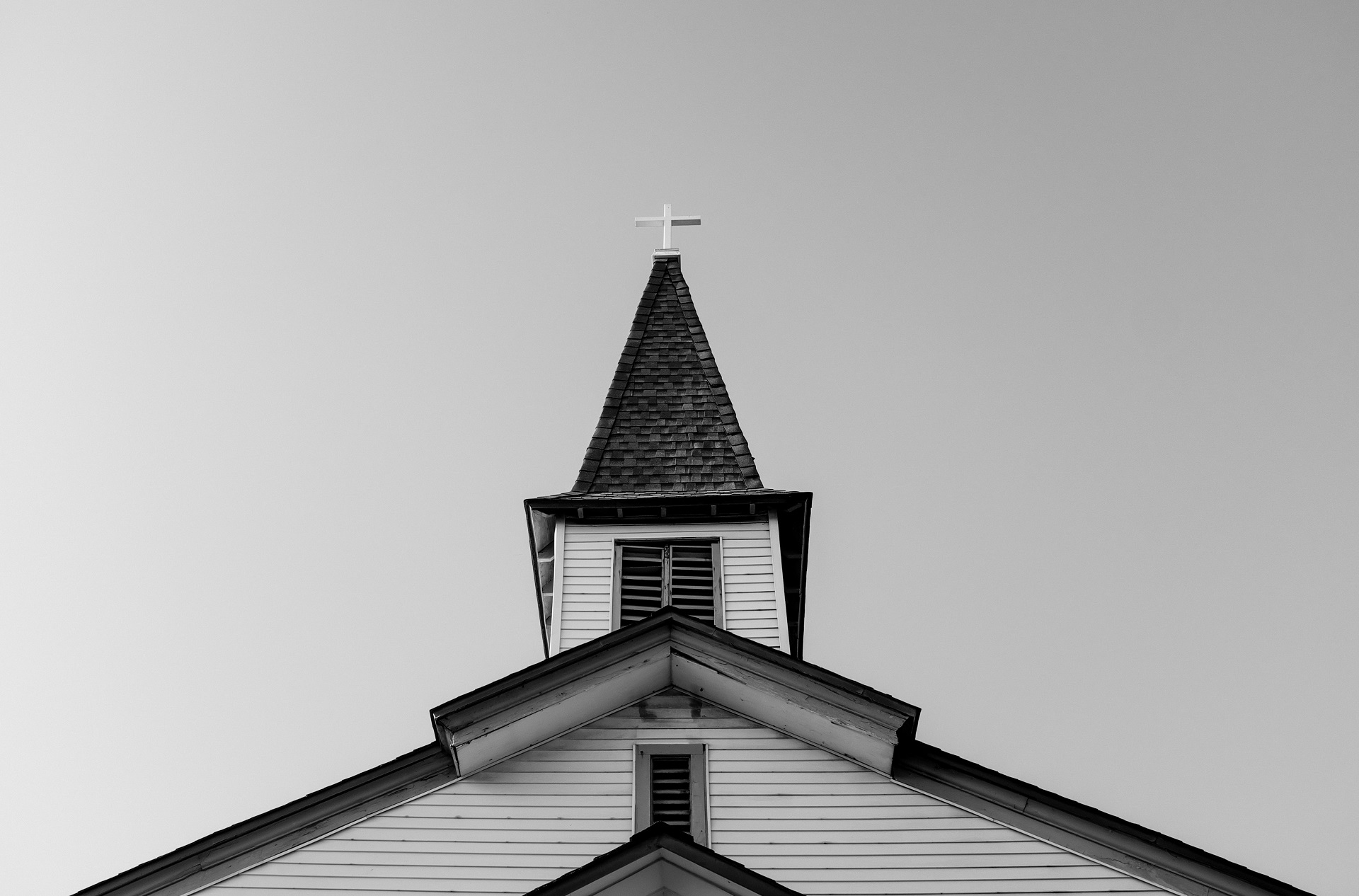 Is Going To Church Necessary As A Christian?