My 20 years Journey Struggling with Accepting my Gender 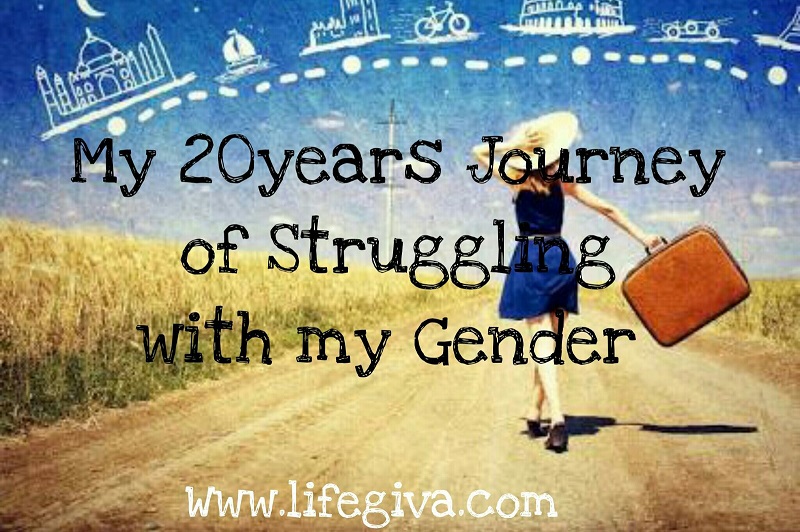 I’m going to be sharing on an issue I struggled with and affected my mind’s health which in turn influenced every other aspect of my life.

Let me start by saying that I am a girl (I know some people will go straight to my bio, look at me and be like durh!) Well, you don’t know what it took me to come to this reality and the struggle I went through accepting it.

I am a girl, chocolate skinned, beautiful, smart, intelligent, strong and purposeful in every way a girl can be!

I grew up hating every sense of being a girl, for one, my parents never let me wear all the ‘pretty little things’ other little girls wore (yeah, I had this staunch, deep, deeper life-like background and I have no regrets ‘cos it  gave me a sound Christian background), I never wore earrings (and I still don’t) and all that stuff…..

At some point, the focus grew from just the material things to hating my gender…. I concluded, girls are weak! My brother got to do what every guy did and he wore what they wore! My mindset then was that he had some sort of extra power (some literal superman power! ?) that helped him get all he needed. I know this sounds childish but sincerely, this childish pattern of thought and so many others (which I’ll share at later times) shaped the way I viewed myself until recently.

Even with my kind of background, I struggled to and became a ‘tomboy in skirts’ with a craving to have boy-strength and never let anyone, especially a man put me down! I shutdown my emotions (yeah, like you would shutdown your laptop), and I daily tried to kill the woman in me. Something inside kept saying; girls are weak, they’re powerless and being the very ambitious person I am, I didn’t want that kind of deal breaker around me.

Sincerely, I can’t say. Maybe it was just a final realization that I would never change myself no matter how much  I tried. That God made me the way I am and my ambitions are best fit for a woman. Maybe because I finally realized that girls are strong in their own way and that all the strength I exhibited in trying to become a man were actually from the depth of womanhood, because I have never been a man, I was never born a boy, #iAmAGirl.

Today, I can dress up in anyway I want (I’m even considering pink!), in trousers, skirts, gowns and every pretty thing I can because I know that my identity isn’t in what I wear.

Today, I can have healthy conversations without having to check if anyone thinks I’m thinking like a girl.

In a bid to creating the ‘boy-stength’ impression, I had some people tell me in the midst of all my efforts, ‘you’re just a girl’. Today I can look them in the eye and say, you know what? Yes! #iAmAGirl, I am #God’sFavouriteGirl!

Because being a girl isn’t being weak, and with all the strength I’ve exhibited in all I’ve been through, girl power is sleek!

If I throw a ball and you think I threw it like a girl, you’re right, I’m a girl!

If I kick you and you say I kick like a girl, you’re right, I’m a girl!

If I bend to pick an object and you say I bent like a girl, you’re right!

If we have a chat and you hear me speak from a girl’s perspective, you’re correct, I’m a girl! 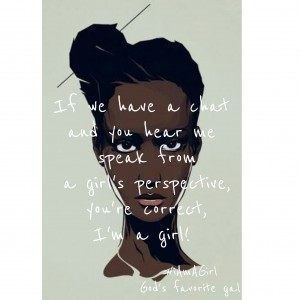 They laughed when I said I wanted to become a farmer, they said I wasn’t strong enough but I’m a girl who’s determined to achieve and be successful because she can as a girl!

I am not feminist, I’m just a girl who went through over 20 years of struggling with her true self and I’ve had some serious mental and mind boost in the way I live and approach matters since then!

Help spread the word, because someone out there is still in this web. 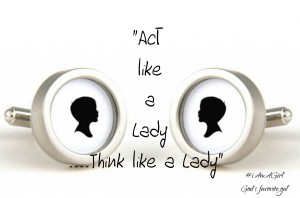 #iAmAGirl and I am proud of my girl status!

To read the previous articles by Destiny CLICK HERE

On April 15, 2022, Loving Amanda Movie by Laju Iren premiered across the nation, to the delight of…
END_OF_DOCUMENT_TOKEN_TO_BE_REPLACED
0
216
4
Share
Life

A habit is any action performed repeatedly on a regular basis. Any activity when done repeatedly and…
END_OF_DOCUMENT_TOKEN_TO_BE_REPLACED
0
507
6
Share