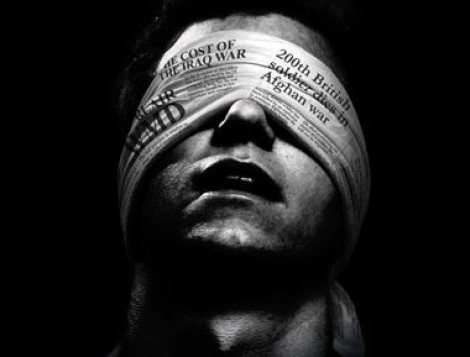 Countless scholars in social science especially in mass communication have to term with the fact that the media is a veritable and potent tool in effecting changes. The bone of contention has been the extent of the potency. The quest to demystify this notion can be traced back to the First World War when the ruthless German ruler, Adolf Hitler, used the media for propaganda. He was able to mobilize Germans for the war.

It was after the war that many including scholars assumed that the media is very powerful. Among them is a renowned political scientist, Harold Lasswell. He believed that the media has powerful, direct and uniform impact on its audience. In this case, the audience was seen as defenseless, passive and susceptible. As such, they internalize media messages hook, line and sinker. It was as this point in time that the ‘Magic-bullet theory’ was held in a high esteem. It is also called the ‘Hypodermic-needle theory’. The propounder (Lasswell), viewed media content just like the way a bullet hits a person. Or, the injection given to a patient. It is believed that the patient reacts as predetermined by the injection.

The magic-bullet theory continued to enjoy prominence until when it was empirically countered by Paul Larzasfled (in 19th century) as it was just based on speculation. Larzasfled felt it was not suffice to say that the media is powerful, hence the need to establish its validity. Owing to that, he conducted a scientific research known as ‘American voter study’. He studied a presidential election in America when Franklin D. Roosevelt was a contender. When the study was completed, he found out that the media was not as powerful as speculated. In his findings, he observed that a certain factor intervened during the election which he called ‘Opinion leaders’. Here, Opinion leaders mean people or individual whose opinions on issues reshape ours.  According to him, opinion leaders have more access to the media and because they are revered, people depend on them to make decisions. Larzasfled further argued that, in sharing media content with their followers, opinion leaders inject their personal idiosyncrasy, thereby influencing them. He concluded that the media only reinforce existing believe, ideas, opinion, among others. This theory is called Reinforcement theory or the Limited-effect theory. Some even call it second-flow theory.

Since then, many theories have sprung up especially with the advent of the internet which is regarded as the new media in communication discourse. Among them is the ‘Uses and Gratification theory’ spearheaded by Elihu Katz, a professor emeritus of sociology and communication in Hebrew University of Jerusalem. He propounded that the audience determines what it does with the media in contrast to the earlier notion; the media determine what they do to the audience. He opined that the audience is active, and as such dictates the effects by consciously exposing himself or herself to the media content for a specific gratification or needs. The motive behind watching some movies, playing some songs, reading some books and while discarding others lends credence to this.

From the foregoing, it can be deduced that the media is a potent tool even though there has been counter arguments. At least, to some extent, they believe the media is powerful. Even Malcolm x concurred when he said ‘the media is the most powerful entity on earth. They have the power to make the innocent guilty and to make the guilty innocent. Because, they have the minds of the masses’.

The focus of this piece is the concern on how some Nigerian media exercise this power without responsibility especially in promoting immorality. Instead of using their power to build good moral standard, they have become the vanguard of immorality.

I was reading a weekly newspaper some months ago when I spotted nauseating headlines which read: I don’t wear panties. Another one: I have not had sex for the past six months. Recently, I saw another one saying; I have never had sex with D’banj and I will never. It was attributed to Tonto Dikeh. For God’s sake what is our business with that?  Is it that they have lost the sense of social responsibility of the media?

It is disheartening to see these Nigerian media abdicating their social responsibility role for reporting cheap gossip. Why giving them undue prominence when they are better things begging for attention? It is not a surprise that the media is accused of promoting moral decadence. It is high time the media was called to order to retrace its footstep before our moral fabric is completely torn.

As a potential media scholar, I am not unaware of the fact that infotainment is market-driven but the media can use its agenda setting apparatus to determines what is trending, rather than vice versa.

Other articles by Emmanuel

The Desperation of the Unemployed

HOW TO HAVE MORE

On April 15, 2022, Loving Amanda Movie by Laju Iren premiered across the nation, to the delight of…
END_OF_DOCUMENT_TOKEN_TO_BE_REPLACED
0
316
6
Share
Life

A habit is any action performed repeatedly on a regular basis. Any activity when done repeatedly and…
END_OF_DOCUMENT_TOKEN_TO_BE_REPLACED
0
623
7
Share