Trending
Five Ways to Fight Sexual Sin Dear Struggling Believer How to Maintain a Vibrant Spiritual Walk Healthy Ways To Deal with a Breakup Should I Quit My Job To Pursue My Passion?
FeaturedLifeLove

5 Ways To Love Your Neighbour

10 Ways To Be A Better Friend

7 Morning Routines to Have a Great Day

Husband and Wife Duties in a Dating Relationship?

Our Creative Abilities Matters to God: Grace and Grit

Guard Your Heart With These 4 Tips Today

10 Questions to Ask During Courtship

Ways To Have Fun In A Godly Relationship

How to Make Heaven? Let Me Show You

Not Allowed to Attend The Church of Your Choice?

Must I Speak in Tongues? Let's Settle this Matter

Choice of a Marriage Partner: God's Role or Man's Will?

Ways to Know Your Relationship Is Not Pleasing To Christ

Life Lessons From The Book Of Esther in the Bible

God's Leading - Lessons Learnt from the Bible and Experience

7 Ways to Get Over Past Mistakes

Should Christians Plead The Blood Of Jesus?

"No Other God" by James Igbokwe (My Playlist) 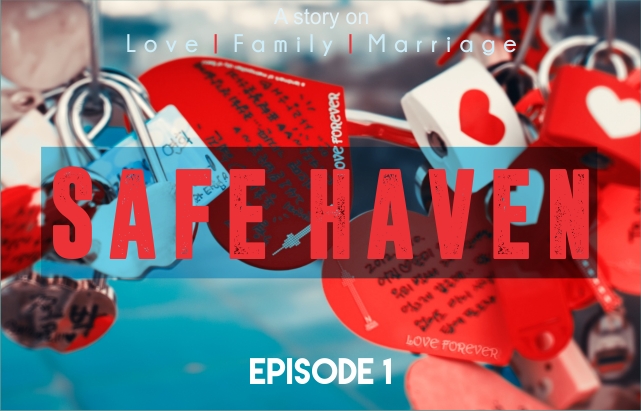 Priscilla stared outside the sitting room window overlooking the dark lonely street below; one thought kept gnawing at her mind and a little shiver ran down her spine at the thought of Tunde back home. The tension in the house was enough to opt for anything that would prevent them from coming home early; it was clear the so-called sham of a marriage grew worse each day.
They barely said anything to each other after the miscarriage two years ago. She felt another cold shiver at the memory of that fateful day. Her eyes had grown tired of crying but she continually blamed herself and she knew her husband silently blamed her, the man could not bring himself to touch her after the accident and as usual, Priscilla was cast aside, only further away this time.
In fairness to him, they tried to have another baby but the doctor said, after a while of trying, that she
suffered from the trauma of losing the baby after the accident. A wife needed a lot of love, patience and care from her husband, he said.
Love. The word made her wants to laugh and cry at the same time. Love? She echoed sadly, there was no love before the baby, how could any be there after? Her mind went further back to the spinster days, the glory days; it was her father’s wish that she would marry Tunde despite all her pleas. She could daresay he was the genesis of her predicament today even after his death.
Her proud father’s company was experiencing down turns, losses and debts running into millions of naira and against everyone’s wishes, he put the company into the market. It was perfect timing for him when an old friend of his, Chief Ariyo, came along… to her it was both a blessing and a curse. He bought the crashing company over but father had a condition thanks to his selfish and ambitious
wife that the savior would marry off his eldest son to their elder daughter to keep a higher percentage of the profits permanently in the family as long as they were still married. Oh, she had cried, begged and even fought for her freedom but it fell on deaf ears and after her mother’s honey coated words of
persuasion, Priscilla gave into it helplessly…but they failed to tell her of the bleakness she would face in a loveless marriage, a marriage with no foundation; of the sadness and long lonely walk she would face.
The door of the entrance to the exquisite flat loudly creaked open making her head turn towards the
door. Oh, it was the stranger called her husband. Their eyes met briefly but he pulled away with just a blank expression on his undeniable handsome face.
“Welcome back”
He turned on the sitting room light without any response.
“How was work?” she pressed on.
“Same old” Tunde replied. His voice was curt.
“I’d get your food then” she said hurriedly walking towards the kitchen.
“Never mind, I ate out”
He walked into the room leaving the tension between them as cool as ice, and she expelled a large breath as though she had been sucking it in ever since he stepped into the flat. Letting go of the edge of the settee she held on to unknowingly earlier on and swooped into the chair. Yes, no one had told her of the lonely walk she would face in a loveless marriage.

He felt her weight sink beside him into the mattress; he closed his eyes in the dark room for a minute. His eyes fluttered open again and he let out a controlled sigh. She had turned to face the opposite direction as he was
Was this even a marriage?, Tunde asked himself soberly. They were both into it for the wrong reasons, all other reasons except love. If they had a divorce, they would both loose but she would be far worse off than he would.
Her alimony would be fat all right but it would cut off the rest of her family members and her generations unborn. He could bet, knowing how ambitious and selfish her mother was, she would never allow her daughter get a divorce. The woman could sell her daughter to sustain the high-profile lifestyle she fought so hard to maintain. Tunde snickered, perhaps that was the reason why he secretly admired Priscilla’s younger sister, Imabong; the girl had put an end to her mother’s constant requests for money, she was stronger willed than Priscilla and independent too.
Tunde turned to lay flat on his back as he heard her leveled breathing whilst she slept. ‘It should have been Karen laying here’ he thought sadly to himself ‘not you Priscilla’. Karen. He and Karen had been together since their university days, they had watched each other grow into self-made people; they had planned their wedding, named their unborn children and lay in each other’s arms after their numerous nights of lovemaking and now all that was left were vague memories and the painful crush of reality weighing down on his shoulders.
They still met occasionally, cuddled and kissed once or twice but they never made it past her front door. He had too much of a conscience always reminding them both that he was married even though it was a loveless arrangement.
He could almost hear her laugh and a smiled tugged at the corner of his lips. That was enough for him – knowing that he still had fresh memories of her like it was yesterday.
He fell asleep with a sad smile on his face.

Day 4 November 17, 2017 Prayer Culture Shock. That morning was similar to the one the day before…
END_OF_DOCUMENT_TOKEN_TO_BE_REPLACED
116
0
Share
STORIES

Day 3 November 16, 2017 Morning Prayers and Assembly By five in the morning on this day, the…
END_OF_DOCUMENT_TOKEN_TO_BE_REPLACED
77
0
Share
STORIES