The Secret Soldiers of Benghazi – The Movie That Made Me Cry

First, it was teary eyes and a bitter choke in my throat, but I couldn’t hold it, I burst into tears (the kind that comes with body wracking sobs) very similar to the one I shed beside my brothers grave 8 plus years ago. It’s exactly 4am and here I am,  on my bed crying because of a movie; 13hours The Secret Soldiers of Benghazi. 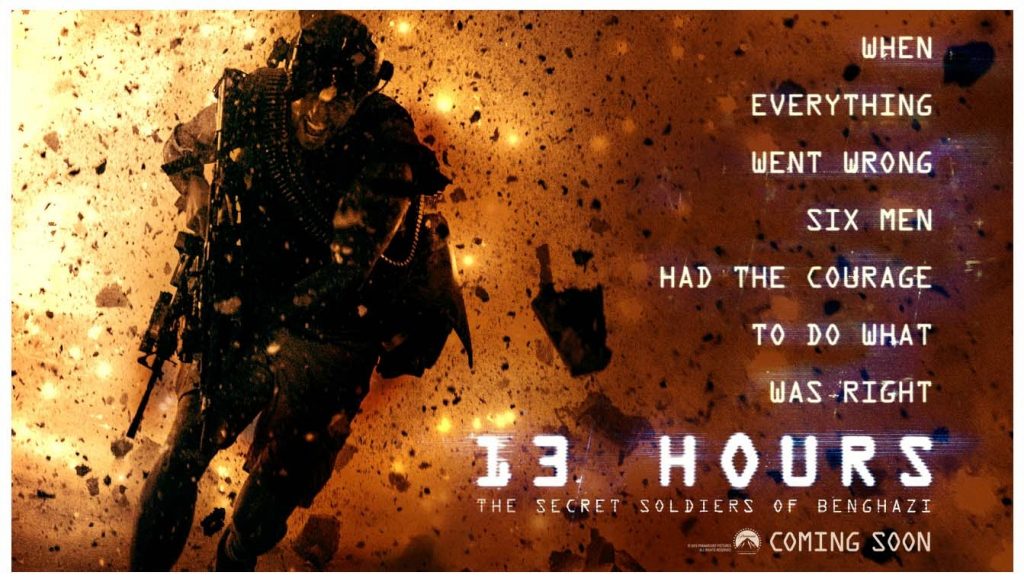 If it was a good drama or an emotional love movie, the tears wouldn’t have caught me off guard, I don’t like war movies. I don’t have the patience to watch them and I find them neither interesting nor entertaining, but this got me crying.

For those who haven’t seen the movie and are oblivious to the September 11, 2012 Benghazi attack, here is a little summary for you.

26 CIA operatives and 5 states agents at the secrets base were rescued but I was brought to tears not because of the 2 valiant soldiers that died or the relief when they eventually received reinforcement after 13 hours of being alone, but I cried because I realised the movie paints a very similar situation we are all in right now.

Here is a text I sent to the 2 closest persons to me immediately after seeing the movie; “Caught myself crying like a baby watching The Secret Soldiers of Benghazi, we are at war, lives are perishing, what if we are the last set of people to fight, are we going to fail?”

This isn’t the war against the generational forces preventing your breakthrough, and not necessarily against demons inflicting pain and sickness (not that I support or condone such), but I am referring to the war for the souls of the lost. Those on their way to hell.

If you and I are the last line of defense, the last evangelists or witnesses of the resurrected Christ, are these lives going to be saved or lost?

Do you know what the interesting thing is?

Our job, although  gravely important isn’t that difficult. Our job is to tell them about Jesus, the saviour. Bear witness of Him. Tell of His love, His mercy, His saving grace bought by the blood He shed on the cross and freely given to everyone who will believe. That’s all; we do the telling and trust the Holy Spirit to do the convicting, convincing and the saving.

Of course, we prepare and persist in prayer for these souls, but ultimately we tell.

So let me ask you again, If you and I are the last line of defense, the last evangelist or witnesses of the resurrected Christ, are these lives going to be saved or lost?

Don’t just read this and nod, do something, reach out to someone, pray for someone, you might actually be their last line of defense from eternity in hell.

Do you know the cure for shyness?

To help you take a first step, below is a summary of the gospel, you can copy and paste it on your social media accounts.

For all have sinned and fallen short of the glory of God, but God in His love and mercy came as a man to pay the debt we couldn’t. And now, He bestows mercy freely on everyone who believes, so that

We will stand and fight to our last breath.

Recently, popular Actor and movie producer- Yul Edochie, announced on social media that he has a son…
END_OF_DOCUMENT_TOKEN_TO_BE_REPLACED
2
226
9
Share
Life

On April 15, 2022, Loving Amanda Movie by Laju Iren premiered across the nation, to the delight of…
END_OF_DOCUMENT_TOKEN_TO_BE_REPLACED
0
115
3
Share
Life