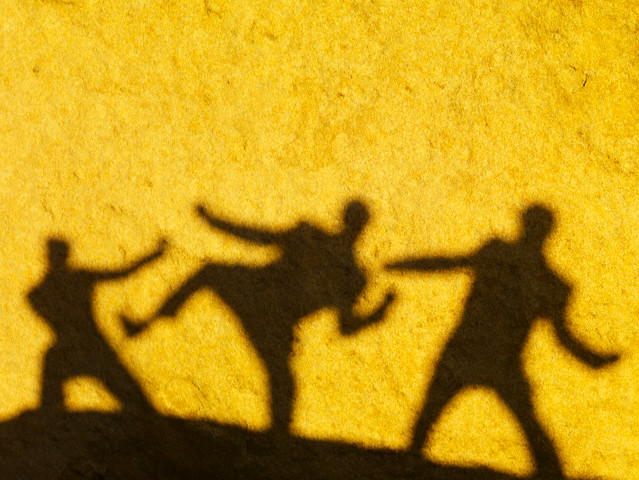 Cells numerous as they are, are holding hands
Tissues interlocking fingers in even strands
Wrapping and clothing the framework of white sticks
Impossible it is to fathom a house without its bricks,
The bones knitted together head-to-head
And elastic skin on them does it spread

The organs working harmoniously in unison
Each one dividing labour for good reason
Each one in its cubicle, doing its boss’s bidding
Like gears they revolve in ways quite drudging
But there’s more to it, isn’t there?
There has to be a battery, a source of power

“And He breathed into man and he became a living creature”
Aha! That has to be the quintessential feature,
For this breath simultaneously moving everyone with a force,
Indeed must come from an unlimited source.
It truly is His power driving us
Hold fast to this; don’t be delirious

Now my flesh, there’s more to it
A jacket to my structure, it’s sure to fit
But like an alloy, it has an alien embedded within
It’s effect so grave, my soul grows thin
Spirit and flesh in constant battle without rest
Not merely a conflict of interest
But the uprising of World War III
Spirit with its clubs, bludgeons flesh’s head
But an uglier one regrows in its stead
Flesh is relentless in its clever tactics
The war wages on and the clock ticks
Flesh is gaining the upper hand
Spirit is willing, flesh is taking its stand

“A new spirit will I put in you
And my commandments will I cause you do”
Woah! Are you kidding me? That’s it?
That’s the weapon missing from my arsenal’s kit?
It’s His Spirit stronger than my frailty
So Lord, I bank on Your spirit, and reference Your deity
And when Your installation is complete,
Scan me scrupulously and reveal the viruses detected
So that from Heaven’s gates I won’t be rejected.

So I say, let the Holy Spirit guide your lives. Then you won’t be doing what your sinful nature craves.

PAINTING ON THE WALL

YET, STILL SO PATIENT

Recently, popular Actor and movie producer- Yul Edochie, announced on social media that he has a son…
END_OF_DOCUMENT_TOKEN_TO_BE_REPLACED
2
314
10
Share
Faith

There are a good number of great women in the bible. We all know Esther, Rahab, Sarah, Deborah, and…
END_OF_DOCUMENT_TOKEN_TO_BE_REPLACED
2
581
9
Share
Faith