Story of the Birth of Jesus Christ – Bisoye Oyedeji 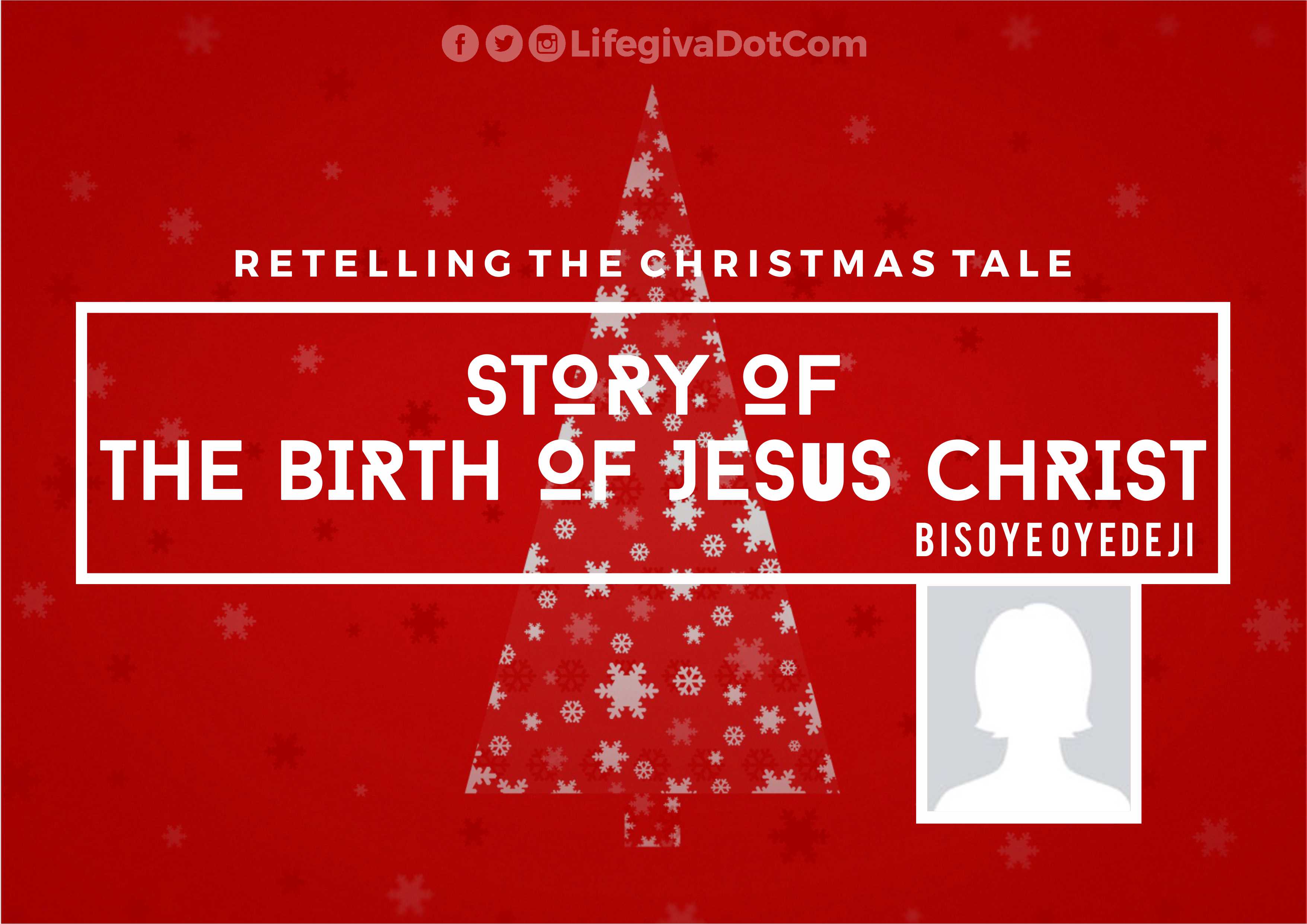 The birth of Jesus Christ took place about 1,000 years ago and it symbolizes the importance and significance Christ and his parents played before, during and after the birth of our savior celebrated all over the world brought about Christ and mas making Christmas day celebration to mark the birth of Christ with your family rejoicing that day Christ was born is an extraordinary day and shouldn`t be ignored by true worshippers of GOD to lighten up our joyful world.

It happened in those days that a certain official order from a ruler or a government becomes the law from Caesar Augustus in the world was firstly taxed made Cyrenius to become the governor in Syria.

Joseph went all the way to Galilee, Out of the city of Nazareth into Judea city called Bethlehem because it was found in the ancestry house of David during that era.

Mary, Joseph`s espoused wife was also their policy to tax her cause she was about to bore a great child to the world and she actually brought forth her first and only son who was wrapped in a swaddling clothes laid him carefully in a manger, There was no room inn there in that same Country, Shepherds abided in the field to watch, protect and guide the flocks by night was the duty of a good shepherd.

The Angel of the Lord came upon them, Glory of God shines around them about to relief their sore of fear.

The Angel said unto them,”Behold, Fear not, I (Lord), bring you good things of Great joy which shall be to all people.

Unto, You, O Lord born this day, The city of David, A Savior, That is Christ, Our Lord.

This shall be a sign unto you; You shall find the baby wrapped in swaddling clothes lying in a manger, suddenly, there were with Angel, Multitude of the heavenly host praising God and saying “Glory to God in the highest on earth, peace, good will towards them.

It also came to pass when the Angels were gone away from them in Heaven, The Shepherds said to one another, Let us go at the same time to Bethlehem and see this thing that the Lord hath made known unto us. The people came with haste and found Mary and Joseph`s baby lying in a manger after they had seen baby Jesus shouting with joy from abroad told them that this is a great child made from heaven above, All they that heard wondered on these marvelous things which were told by the Shepherds to them.

Mary kept all these things in the purity of her heart and seriously pondered and acted on it to re-new to build a stronger faith with her God.

Again, Shepherds returned to Glorify and Praise God for all things that they had heard and seen with their naked eye was clearly spoken to them for clear understanding of how God works out his miraculous works, When the 8 days were accomplished successfully, a child was circumcised, his name called JESUS named of the Angel before he was conceived out of the womb of Mary.

The bible stated clearly that the days of her purification was according to the Law of Moses that was accomplished, to bring him to Jerusalem presenting him to the Lord that “Every male that opened the womb shall be called Holy to the Lord offering a sacrifice according to that which is stated in the law of God, A pair of turtledoves, or two young pigeons. Behold, A certain man in Jerusalem whose name was Simeon was just and devoted to the doctrines of Christ and was never blemish ,waiting for Israel to be consoled revealing unto him the Holy Ghost that he shouldn`t see death before he could see the Lord, Jesus Christ of Nazareth. He came and was led by the spirit into the temple and when the parent brought in the child Jesus, to do unto him based on the custom of law taking up his arms blessing God saying, now, let the servant depart and go in peace according to the word of God, “For mine eyes have seen thy salvation thou has prepared before the face of all people.

A lightthat lightens the Gentiles not the Jewish and the Glory of thy people in Israel.

Simeon blessed them and said unto Mary his mother, Behold, This child is set for the fall and rising again of many Israel for a sign that will be spoken against a sword shall pierce through thy own soul, that the thoughts of many hearts may be revealed.

There was one Anna, A Prophetess, The daughter of Phanuel of the tribe of Asershe was of great age had lived with her Husband seven years before her virginity.

She was a window of about forty four years departed not from the temple, but served with all her hearts and mind with fasting and prayer every night and day giving thanks in likeliness to God looked for redemption in Jerusalem.

When they had performed all things according to the law of God, returned to Galilee, to their own Nazareth. The child grew waxed and strong filled with the spirit, wisdom and the grace of God upon him.

Now, His parents went to Jerusalem every year at the feast of Passover, He was 12 years old, They went up to Jerusalem after the custom of the feast, They had fulfilled the days, as they returned, the Child, Jesus tarried behind in Jerusalem, Joseph and his mother knew not of it. They supposed that he`d was in a company for days journey seeking him among his kinsmen couldn`t find him, they decided to turn back to Jerusalem seeking him.

Then, it came to pass that after three days found him in the temple sitting in the midst of the doctors both hearing and asking them questions.

All that heard him were astonished at his understanding and responses to questions, when they saw him, they amazed and his mother said unto them, He went down with them came to Nazareth was subject unto them but his mother kept all these sayings in her heart, Jesus increased in wisdom, stature and favor with God and Man.

Jesus Christ wasn`t an ordinary man, He was extraordinary and created for a specific purpose and he fulfilled all his assignments on earth and in heaven.

Mary was with so much joy after conceiving her son and that brought peace and greatness in the land.

Angel Gabriel appeared to Mary delivering a message from the Holy Spirit that she will conceive of a child named Jesus, the great messiah of our time.

Mary was pure and of virgin and didn`t fornicate or commit adultery that is more rampart in this modern era.

His birth also demonstrated that the power of God is real and his power is able to do exceedingly abundance of greater things in our lives, once, we believe in God with the whole of our heart and mind.

She never doubted in the supernatural power of God making things work out for good on those that lay a foundation of their trust in the holy book.

He was born to redeem our sins on Calvary to free us from the bondage of sins and captivity for us to gain back direct communication to God through prayers and fasting.

Jesus Christ was a true saint of the most high God who never denied, disobeyed the doctrines of his Father and went about his father`s business in earnestly.

He grew up in wisdom, knowledge and understanding the spiritual things of God and be able to also teach and heal multitude of people who couldn`t interpret the bible making them to understand and healing those that were suffering from one ailment or the other.

Jesus and His Parents were noble in character and humbled themselves before the Lord Almighty as faithful servants of God who will never go against the statures or word of God.

In Conclusion, The birth of Christ actually symbolizes the true existence of Jesus coming to this world to perform signs and wonder and re-connecting with God not to wipe out the existence of the world not to be in void but to be in light, to fulfill out our God given purpose not to permit Satan to hinder us from receiving the blessings, God has for his children. 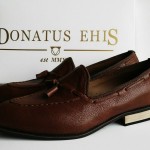 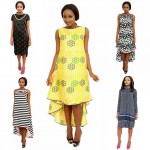 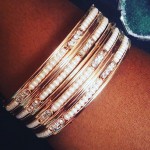 Day 4 November 17, 2017 Prayer Culture Shock. That morning was similar to the one the day before…
END_OF_DOCUMENT_TOKEN_TO_BE_REPLACED
260
0
Share
STORIES

Day 3 November 16, 2017 Morning Prayers and Assembly By five in the morning on this day, the…
END_OF_DOCUMENT_TOKEN_TO_BE_REPLACED
175
0
Share
STORIES