1980-Oil workers drown in North Sea. A floating apartment for oil workers in the North Sea collapses, killing 123 people, on this day in 1980. 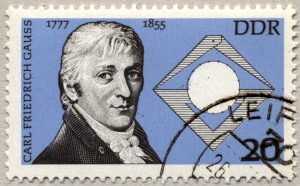 2002-Possibly the most popular member of the royal family, the Queen Mother, who is Queen Elizabeth’s mother, was known for her good health, her energy, and the seriousness with which she took her responsibilities. She died in her sleep in England on March 30, 2002. She was 101.

The Dos And Don'ts Of The Talking Stage

What are the rules of the talking stage? What are the dos and don’ts? I took to my Instagram…
END_OF_DOCUMENT_TOKEN_TO_BE_REPLACED
0
1017
3
Share
Uncategorized

The Thin Line between Correction and Judgement: A Discussion.

We have been admonished not to “judge”. While I agree that we should not turn a blind…
END_OF_DOCUMENT_TOKEN_TO_BE_REPLACED
0
265
7
Share
Uncategorized

How Do You Tell Someone 'I don't Like You" Without Hurting Their Feelings?

He or she likes you, but you don’t like them, at least not enough to go into a relationship with…
END_OF_DOCUMENT_TOKEN_TO_BE_REPLACED
1
257
1
Share