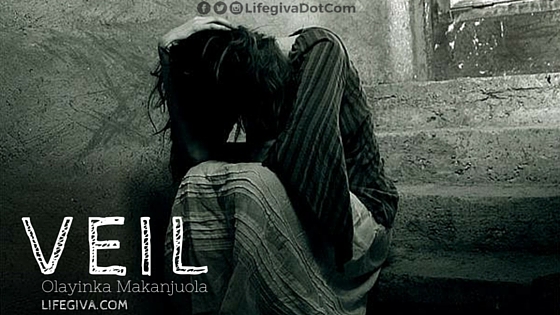 My kid sister, Sophia, was full of life when she jumped on me to scream out that Jude was back. She had been keeping to herself for close to a month. With my sleepy eyes, I smiled at her and was glad she was back to her ‘normal’ self but then, she was already out of the door.

I stood up to get dressed. I was searching for my glasses when I heard my room door open again. I turned to tell Sophia to calm down but the image did not look short. It looked tall and thin but blurry. I wore my glasses. There he stood. Jude. He looked lean, sickly lean with noticeable black spots on his two hands where his skin had been punctured for drips. I felt his pain but he hated my pity-filled face. He frowned at me and I couldn’t help but smile and hug him.

Jude had been in and out of the hospital for nearly a year and it had not been easy on my mum and his mum. For some previously unknown reasons, my aunt and Jude had been living with us for four years. I got to know her husband left her because he got tired of Jude’s poor health; got himself a “replacement wife” with whom he had a son without the sickle cell anemia.

He chuckled and pulled my cheeks. His fingers were close to being with no flesh.
I ran out to see my aunt. I missed her too. She was away for so long, barely came home to sleep. I met her on her knees praying. She had changed. I watched how she said her prayers. She picked her words one after the other in a slow pace in contrast to how she normally talked.  I stood by the door to listen and in my heart I said Amen to every prayer even though some of her prayers seemed to be mumbled.  She sighed after the prayer but still did not get up. She sat on the floor and placed her head on the bed.  She backed me and I knew she was tired. She was tired of it all. It had been a little bit rough on her. She had been thrown out of her matrimonial home by an unfaithful man that did not take his wedding vows to be  important. She was left to carry the burden meant for two. She traveled less, missed business meetings, lost contracts and  lived her life with just one worry after she let go of the one that came with her failed marriage- her struggle to make sure Jude lived without him having to worry about sudden death.

Everything changed a few days to her fiftieth birthday.

She called me to check it under the pretense of having me fix the bracelet on our aunt’s hand. I took my time but I did so because I was busy comparing the two hands. One was obviously bigger than the other.

“What is wrong with your hand?”

She did not answer me. She had not been listening. I realized she was in deep thoughts. I looked at her for a while and wished I could read her mind and know what the problem was.
I told my mom about how Aunt Biba had been cautiously picking her clothes. She had stopped wearing her sleeveless tops, stopped using make-up but used more of her perfume even when she had nowhere to go all with the excuse that she wanted to start looking simple. My mum did not understand my curiosity so I let it slide.
Her meal was usually left untouched. She drowned in her own thoughts and barely spoke to any one of us in the house. Her silence became a bother to everyone.

She started giving out her clothes to the laundry woman. Those that seemed pretty too expensive and unused were given to my mum. My mum did not understand why she would let go of her expensive clothes.
I was curious. I wanted to know why she became so free-giving all of a sudden. I wanted to understand the meaning beneath her every sigh.

After church fellowship, I went to her room to ask her a few questions under the pretense of making her favorite pancakes.  I set the tray beside her. Her side view looked beautiful. I smiled but curiosity laid beneath my smile. She did not turn to look at me. She was lost in her thoughts. She fixed her gaze on the windowpane and stared into space. She was unaware of my presence. I remained still.
” Auntie, is everything okay?”
No response.
I asked her again and this time she heard me but slowly turned to look at me.
She fixed her eyes on me and barely blinked. I waited for her to say something to me but she remained silent with her eyes still fixed on me.
I stood up from her bed to leave.
“I’m fine….but call me Amanda”, she said without moving an inch with her gaze still fixed on where I stood up from. She spoke as if I was still where I stood up from.
I knew she was  drowning in pain and my conclusion was that Jude’s shaky hope of living his life to the fullest was killing her.

My mom and I met my aunt standing with her hands on the sweat shirt she had on.  She ripped it off  with tears rolling down her eyes. Her hands were shaking and with tears, her eyes twitched.
I could not stand the sight. My mom sank on the floor. She had no idea she had being hiding it. I ran out. The image of one of her breasts looking extremely bigger than the other one with opened pores bearing sores on it could not get out of my head. It looked decayed.

“Mum had been diagnosed with breast cancer and it’s at the chronic stage”,Jude said burdened by the weight of what the outcome might be.  It later occurred to us that Aunt Biba had been using herbal drugs. She bathed in it, drank it, chewed all sort.

We all slept in the hospital that night. My mom was disappointed in her crude approach towards her ailment. She could not stop scolding her. She drained her strength attacking her. She said all sort to Aunt Biba. She accused her of wanting to kill herself by not seeking for help or talking to anyone about it. My mom did not allow Aunt Biba continue with her self-medication. She knew she had cancer a year back but kept it to herself with the excuse that she needed to take care of Jude hoping she would have the time to get back to her own health later.

In retrospect, it was a stupid excuse. However, with time, I realized she saw herself as someone who had nothing else to hold on to other than God and Jude. She later stated that after she was diagnosed and when she told her husband, he pushed her out bearing out words that hurts about his inability to spend his money on two sick people. Jude became her priority and she did that at the cost of her own health.

The tumor had spread to the skin of her breast and her chest wall, and had made her skin break down. It caused swelling. The cancer had spread to the lymph glands near her breastbone. It had metastasized to  other parts of her body. A clear explanation for the swelling of her hand.
She was flown outside the country after the doctor recommended, with urgency, her need to get proper treatment.

In a lucid moment, she let go of her concealed painful tears.  She started looking better and Jude was glad. The lost light around her returned and she became more lively. She prayed fervently for strength and the redemption of her health.
After she had dinner, we went home. For the first time in four weeks, we all slept having  new hopes. It was a good night.

The following day started on a good note. We were all dressed and ready to go to the hospital with different gifts for my aunt. Jude looked like the bright side of life that morning.  My mom kept us waiting in the car and when she finally showed up, she looked depressed.
” I need to go to the hospital alone”, she said.
We all looked curious but she did not give us the room to ask questions.

Also written by Olayinka, Check out

A lovely story right? I’m sure it held your attention from start to finish. Thank you for dropping by, hope you’ll leave a comment also 😉 .

STARTING SOON!!! From the Author of Shadows and Finding Me

Muddled Affairs: A past so deep haunts Jadesola. Sim runs in the shadows of who she thinks she is. The two sisters run the same path, yet never meet at any point- until the cross. Muddled Affairs shows that it is at the cross that every failure, every pain, every shame is taken away and replaced with a newness of heart. Some days, it is the ones we love that hurt us. What we do is to take it to the cross and leave it there.

Day 4 November 17, 2017 Prayer Culture Shock. That morning was similar to the one the day before…
END_OF_DOCUMENT_TOKEN_TO_BE_REPLACED
403
0
Share
STORIES

Day 3 November 16, 2017 Morning Prayers and Assembly By five in the morning on this day, the…
END_OF_DOCUMENT_TOKEN_TO_BE_REPLACED
299
0
Share
STORIES