Why We Are Disappointed 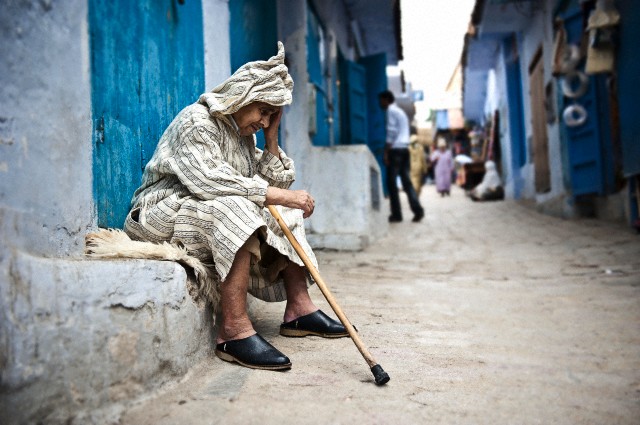 Many of us today are disappointed with our family members, friends, loved ones, spouses, business associates, partners among others simply because of the kind of treatment meted out on us. At times, we become so engulfed with the actions and inactions of others that they leave indelible blisters on our bodies. While we get irritated and upset with how we are being treated, have we really taken our time to ponder on why people treat us the way they do?

While I was brooding on what to do after my course work, a friend called me begging me to help his friend get a job- apparently, she just completed schooling. He told me the kind of job she was looking for. I told him to give me a little time. I called my other friend whom I thought could help but he told me that for now there was nothing at that time, adding that he would let me know should there was anything. I thanked him.

A day after, I received a call from another friend asking me to help him get a female secretary. Immediately, I called my friend that had asked me to help him get a job for his female friend after which he sent me her contact. Before I could dial her number, I received a call from somebody whom I had been referred to. He told me about a recruitment that was about to begin. He even promised to send me the manager’s contact. The only thing I could utter was-God is not a God of injustice.

One of the things I have known about God is that He is not a God of injustice. That is why He asks us to do what we want others to do unto us. In another term, treat people the way you want others to treat you.

You cannot be expecting or praying for “Mr right” when you are “Miss wrong”. You cannot be a bad wife and expect your husband or children to be good. If you are in that shoe, then you are living in fools’ paradise. Physicists would say for every action, there is an equal or opposite reaction. It is no surprise that somebody said every deed is a seed. Why not sow what you want to reap?

More so, the writer has observed with disdain that we also get disappointed because the person(s) we have helped did not reciprocate our kind gesture. You will never do good if you are expecting the people you helped to pay you back. You are a joker if you are expecting that and what you will keep getting is a shocker.

A friend of mine once lamented on how the persons whom he had brought from the village abandoned him after they made it. According to him, because of that, he is being careful with the way he helps people now. I told him he was a joker. Why expect them to pay you back when you have somebody that can pay you much better?

Did you help them simply because you wanted them to help you in return? Have you assisted all those that have helped you in one way or the other? I challenged him. This changed his mentality. Always remember that in whatever you do, God is watching.

On April 15, 2022, Loving Amanda Movie by Laju Iren premiered across the nation, to the delight of…
END_OF_DOCUMENT_TOKEN_TO_BE_REPLACED
0
316
6
Share
Life

A habit is any action performed repeatedly on a regular basis. Any activity when done repeatedly and…
END_OF_DOCUMENT_TOKEN_TO_BE_REPLACED
0
623
7
Share